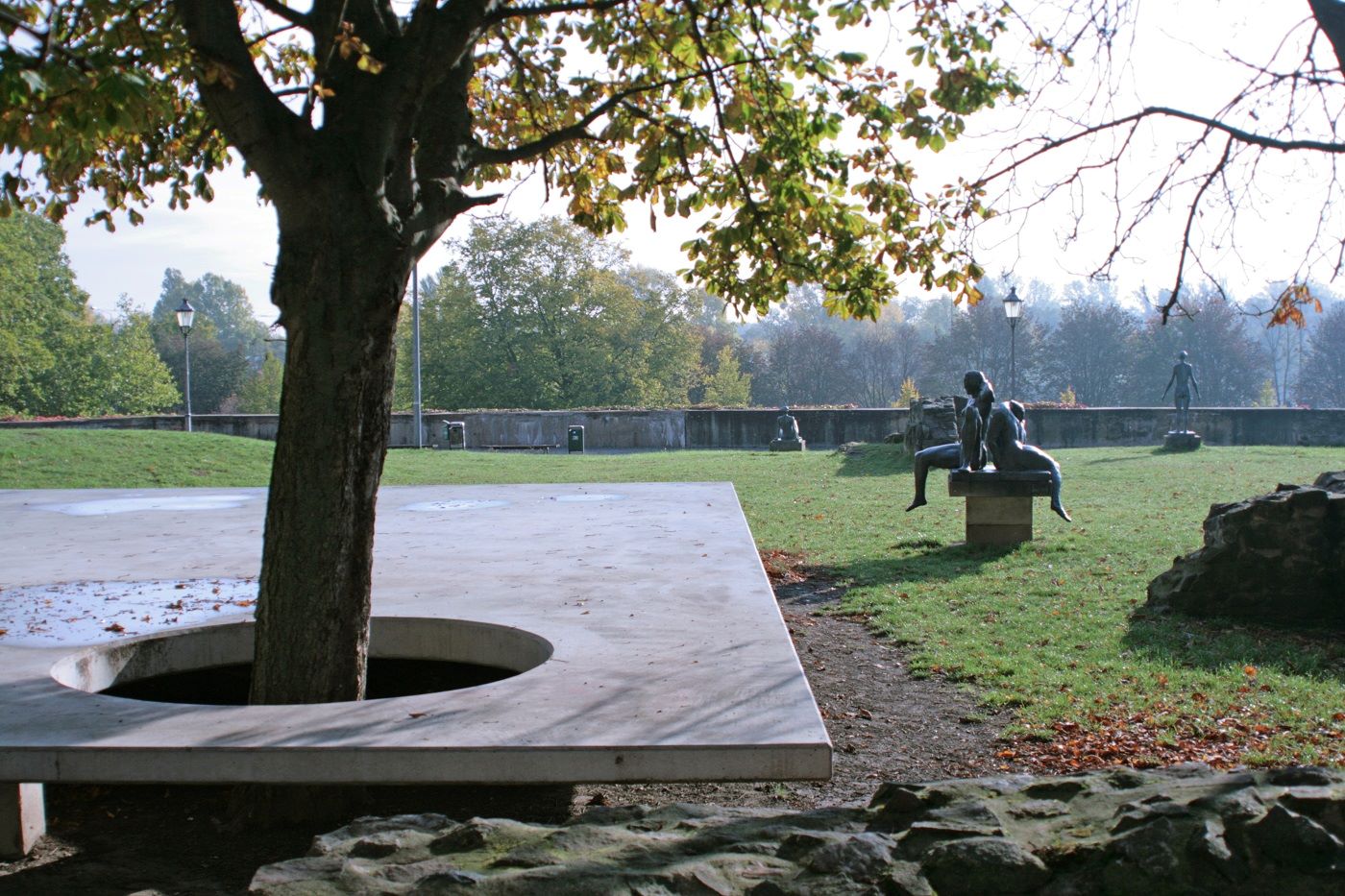 Outside the thick medieval walls of the former monastery the sculpture park is the perfect place for a break and takes you on a discovery journey along the river and further into the city.

The sculpture park around the Kunstmuseum Magdeburg Kloster Unser Lieben Frauen dates back to the late 1980s: The open spaces that stretch from the Breite Weg to the Elbe were to be given an attractive purpose and at the same time selected works of art from the collection were to be made accessible to the wider public. The time of creation of the approx. 50 sculptures spans from the middle of the 20th century to the present day. In addition to the historical inventory of representative bronze sculptures from the GDR from the period before 1989, for example by Gustav Seitz, Fritz Cremer, Waldemar Grzimek, Jenny Mucchi-Wiegmann, Wieland Förster or Werner Stötzer and others, today the actual focus is on newer works of international contemporary art, for example by Ian Hamilton Finlay, Alicia Paz, Nathan Coley, Gloria Friedmann, Auke de Vries, Heinz Breloh or Susan Turcot. 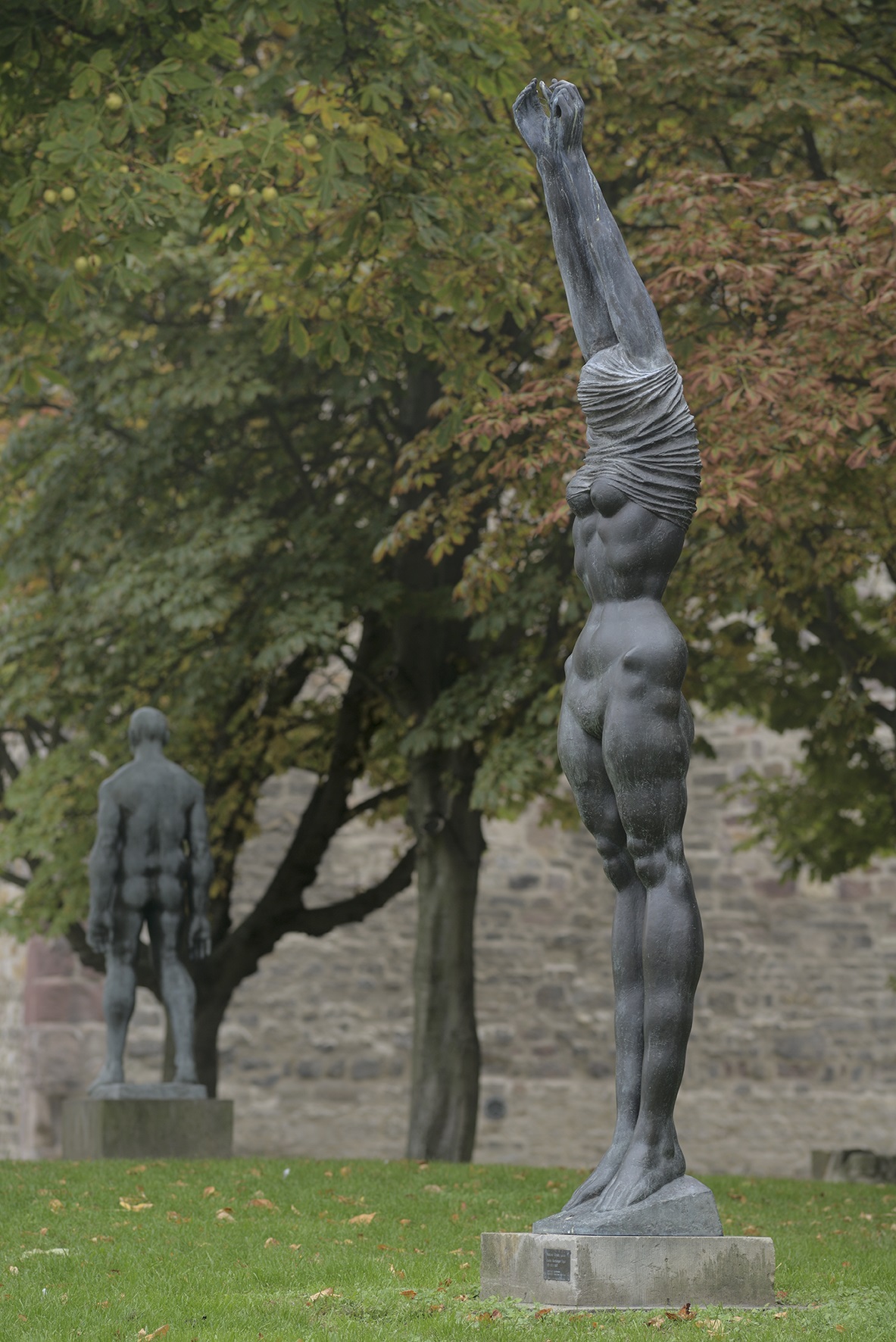 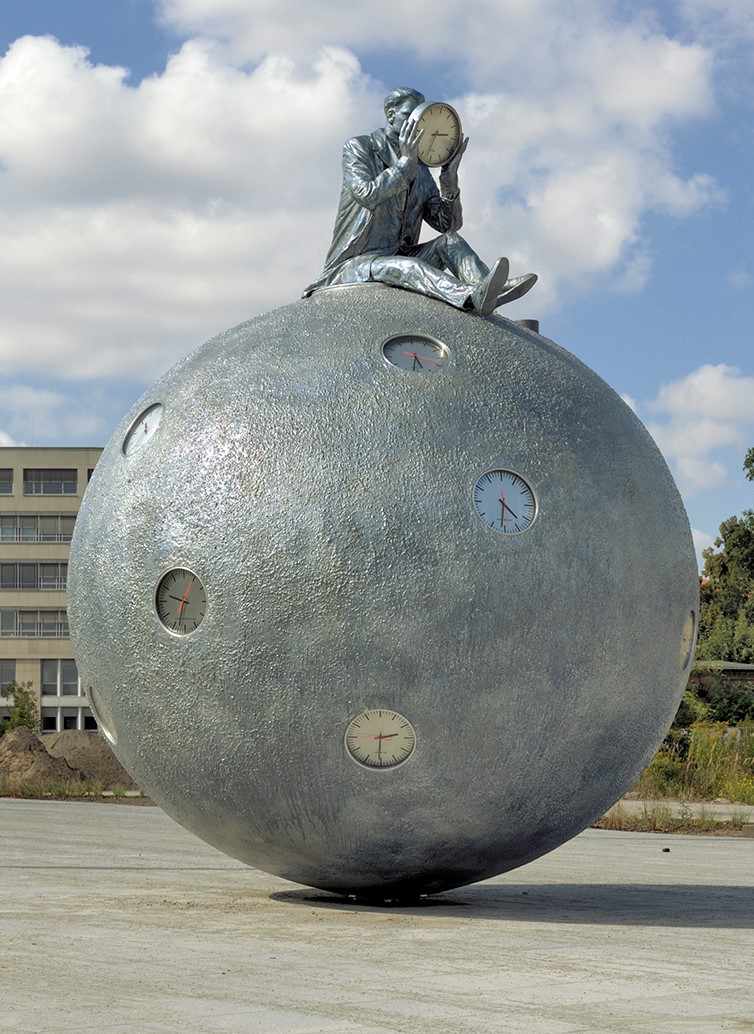 All works from previous years were created in collaboration with the artists. Often they establish a content-related reference to the location of their installation. This can be seen, for example, in the texts about Jenny Holzer's changing concept of nature on two sandstone benches from 1999 in the lower cloister, in the sculpture "Chrysalis", 1996/2007, by Ian Hamilton Finlay and its poetic reference to the dwindling shipping traffic on the Elbe, in the Work "For other People, and Other Work" by Nathan Coley: two rectangles, joined together to form a surface, define a geometric construction that reflects the character of the park as a whole, as a place of art reception and residence for passers-by as well as a space for further sculptures, or in the monumental coloured neon text work by Maurizio Nannucci “Von so weit her bis hier hin. Von hier aus noch viel weiter” (“From so far away to here. From here, much further"), 2007/2008 in a length of 2 x 90 m on an Elbe bridge as a symbol for the flow of time and changes. 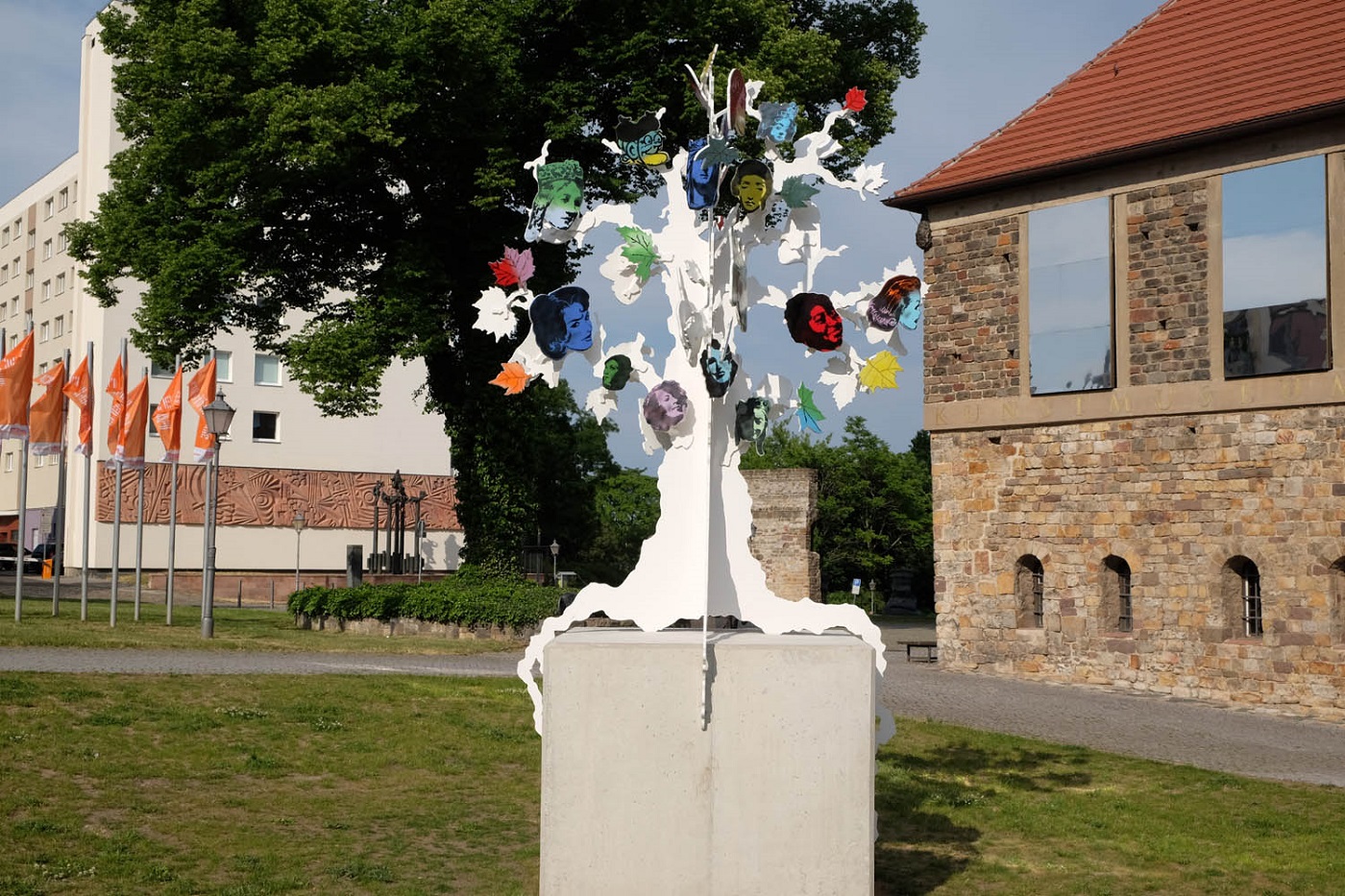 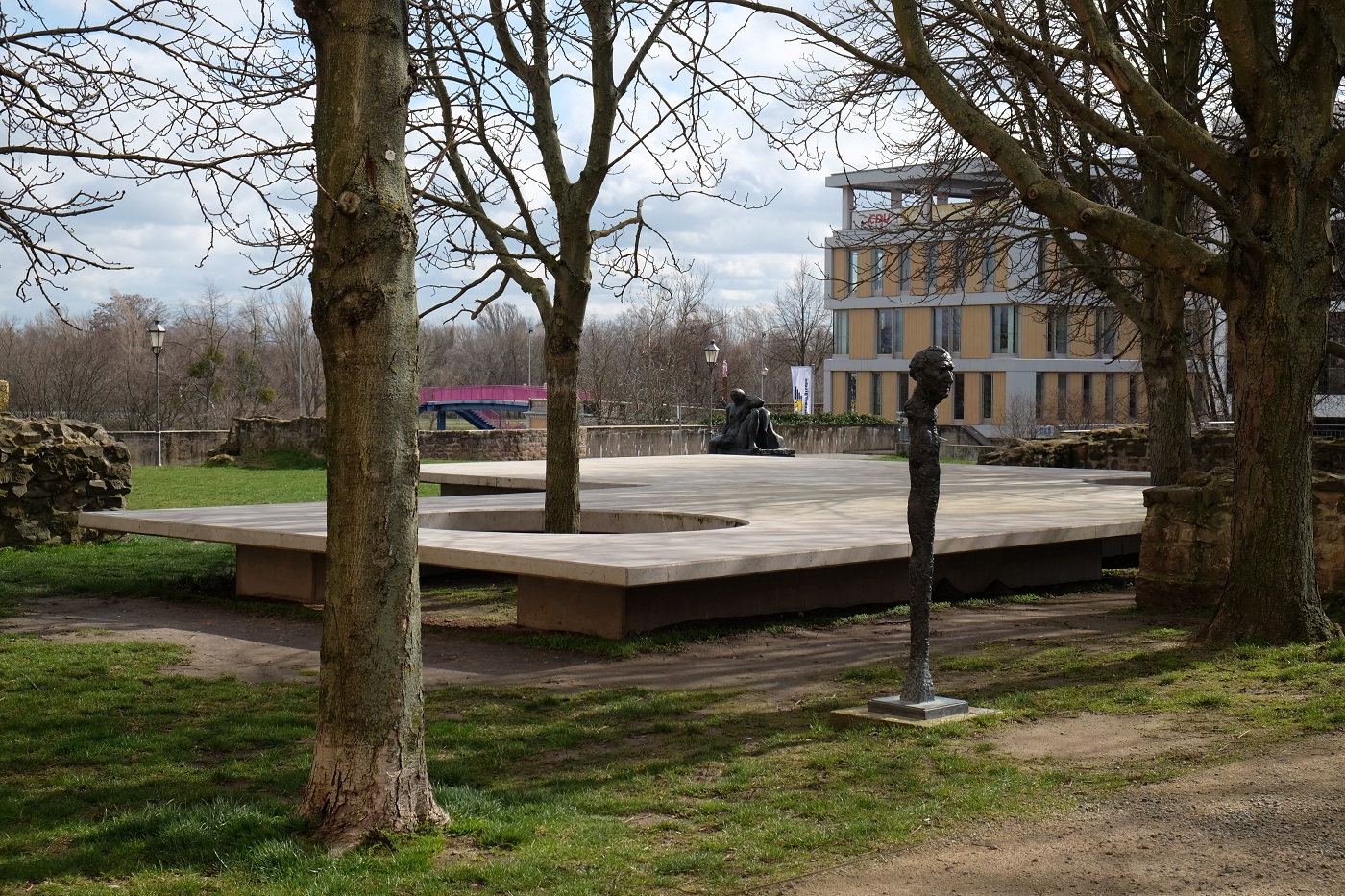 Nathan Coley, For other People and other work, 2017 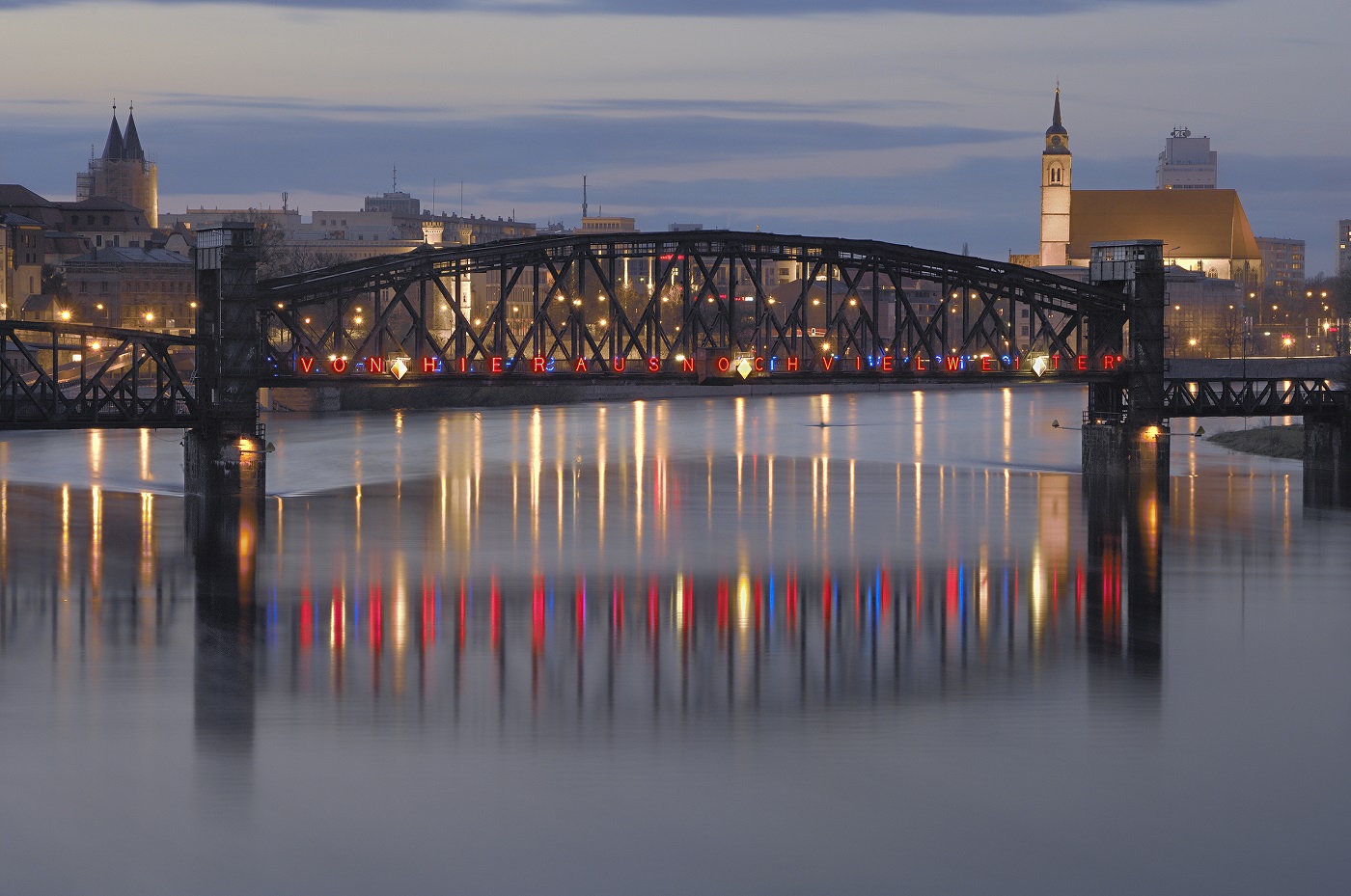 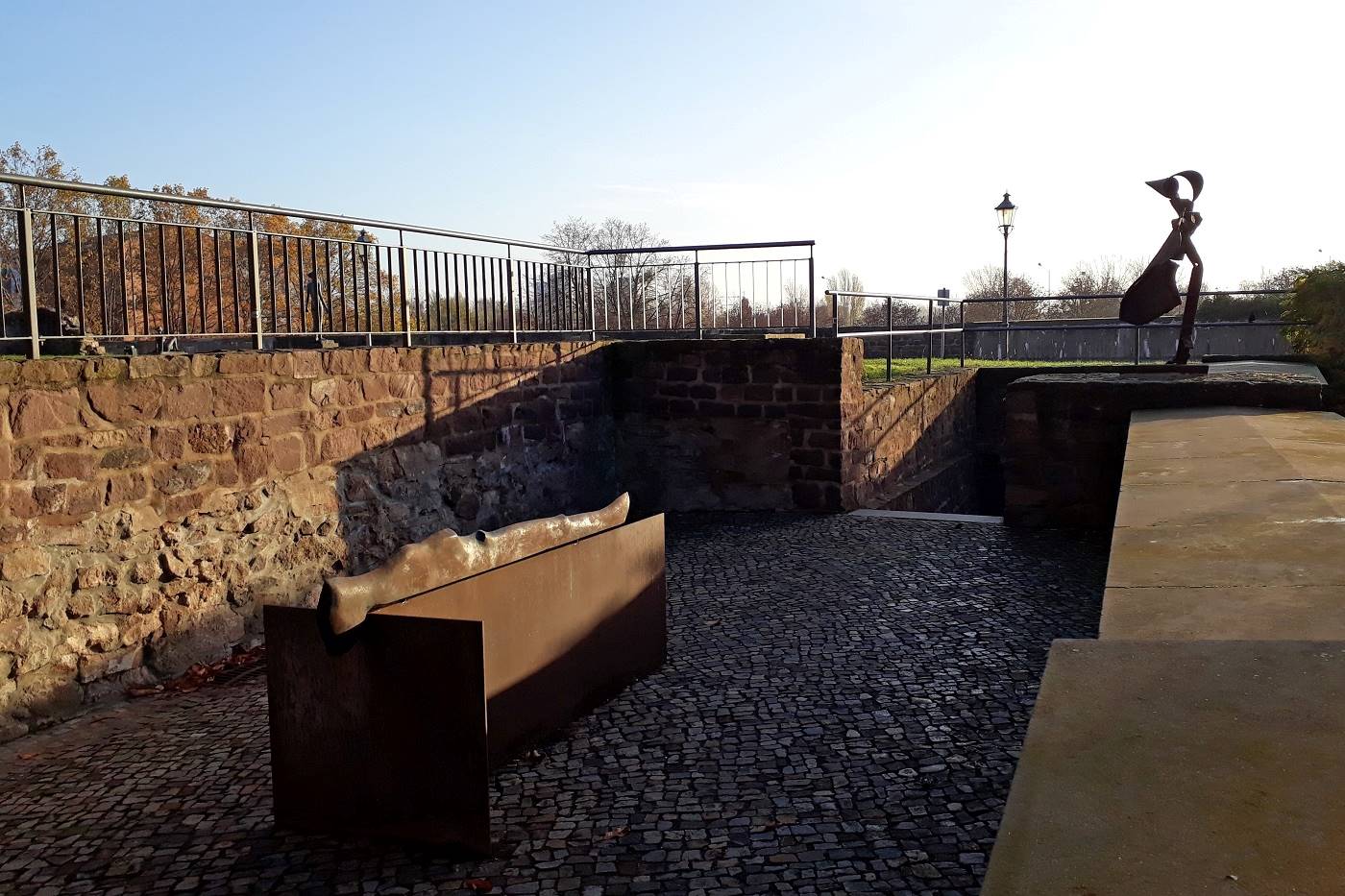 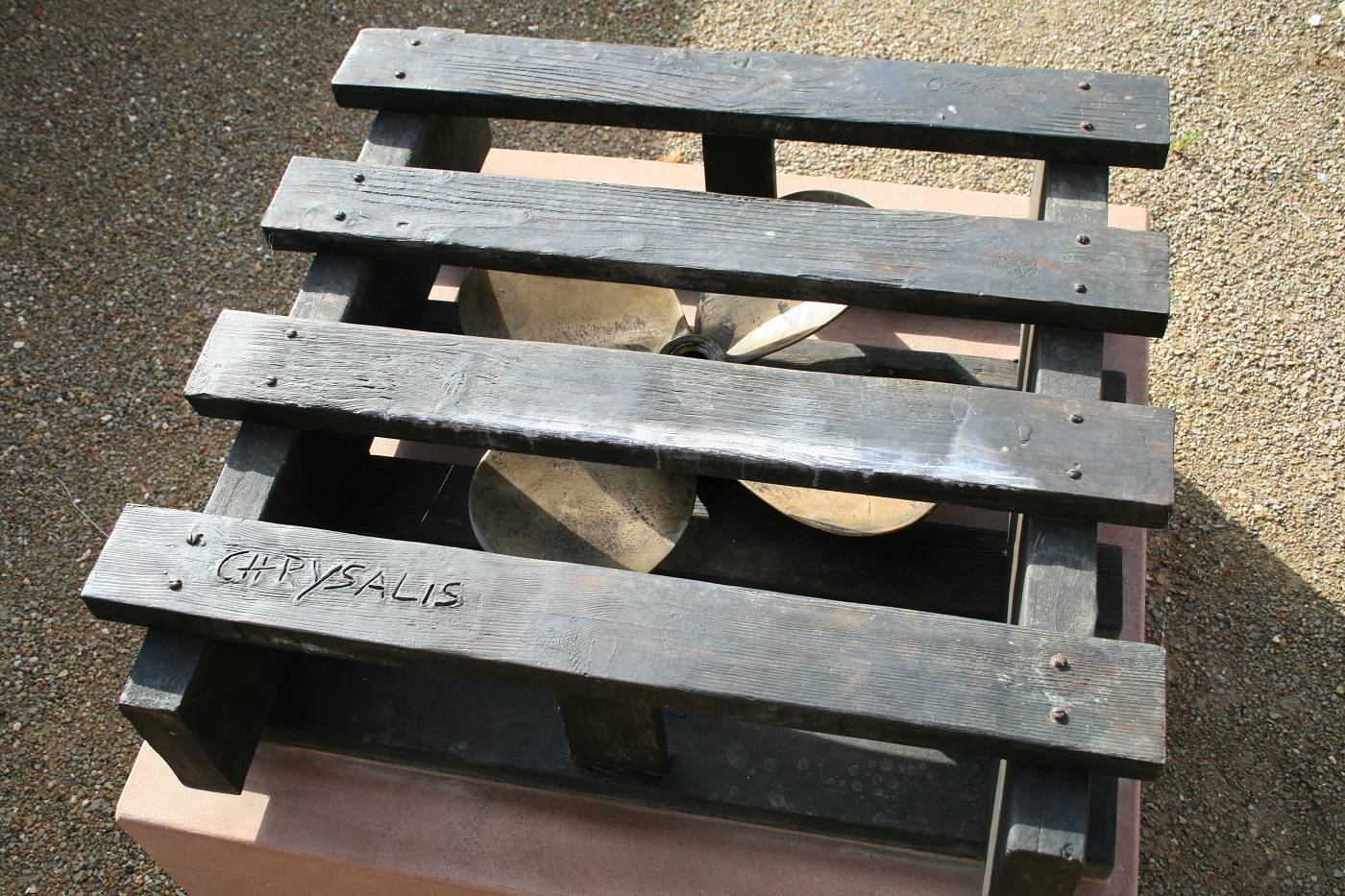