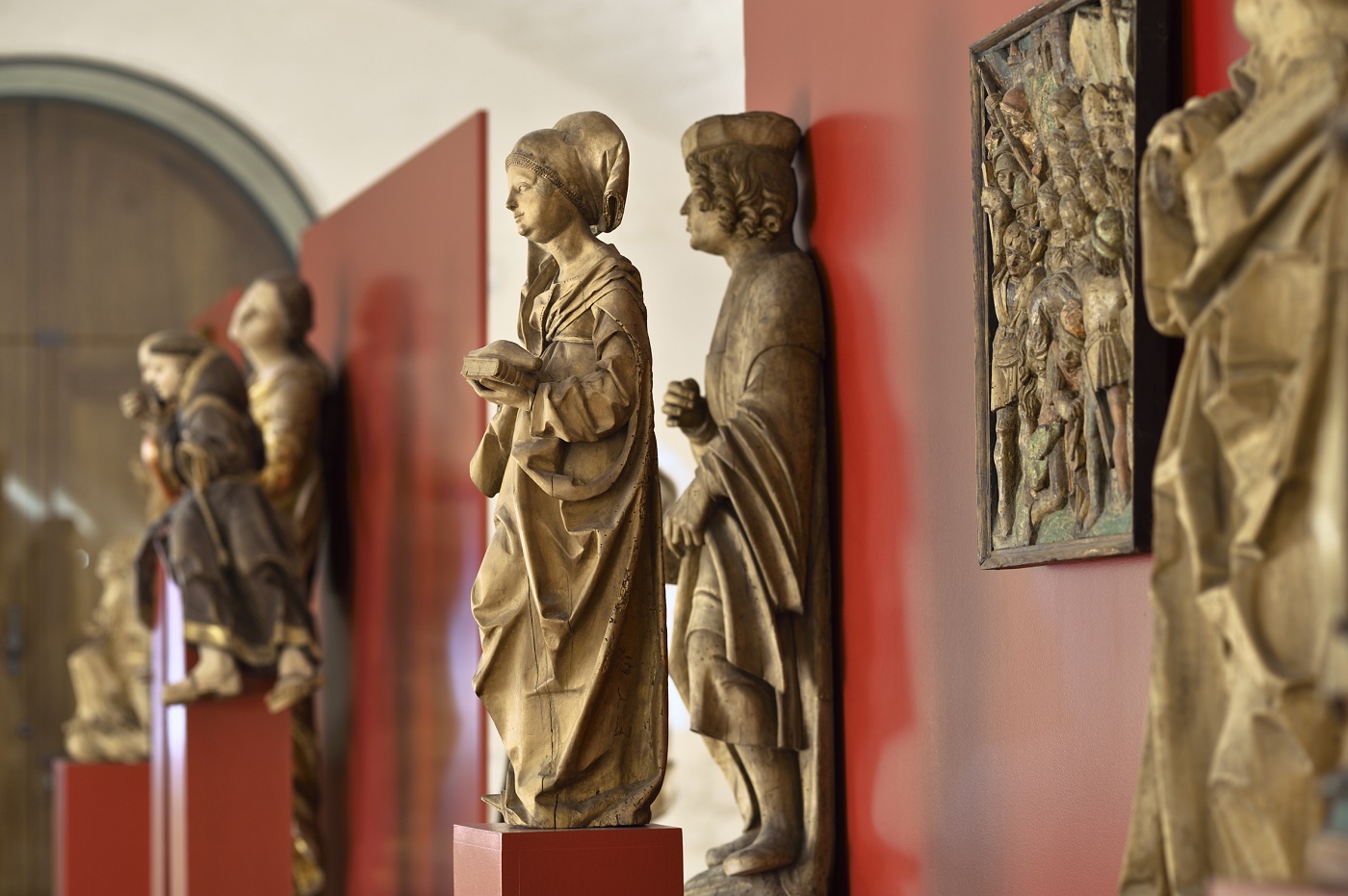 In the middle barrel vault, sculptures from the 13th to 18th centuries are exhibited, all of which come from a Christian context. Whether as liturgical, altar or architectural sculpture - they always served to visualize the salvation process.

These pictorial works have been acquired for the museum collection from the international art trade as well as by private collectors and sponsors over the last 150 years and have no relation to the building in which they are displayed today. For very few of them there are references to their origins. Nevertheless, it is possible to name the regions of origin for many sculptures on the basis of style-critical attributions. These range from the Brabant Netherlands and the Cologne area, via the Harz foreland, Saxony and Thuringia to southern Germany and Bohemia. Nothing of the rich furnishings of the former Premonstratensian Monastery of Our Lady in Magdeburg in the Middle Ages has survived after the Thirty Years' War. 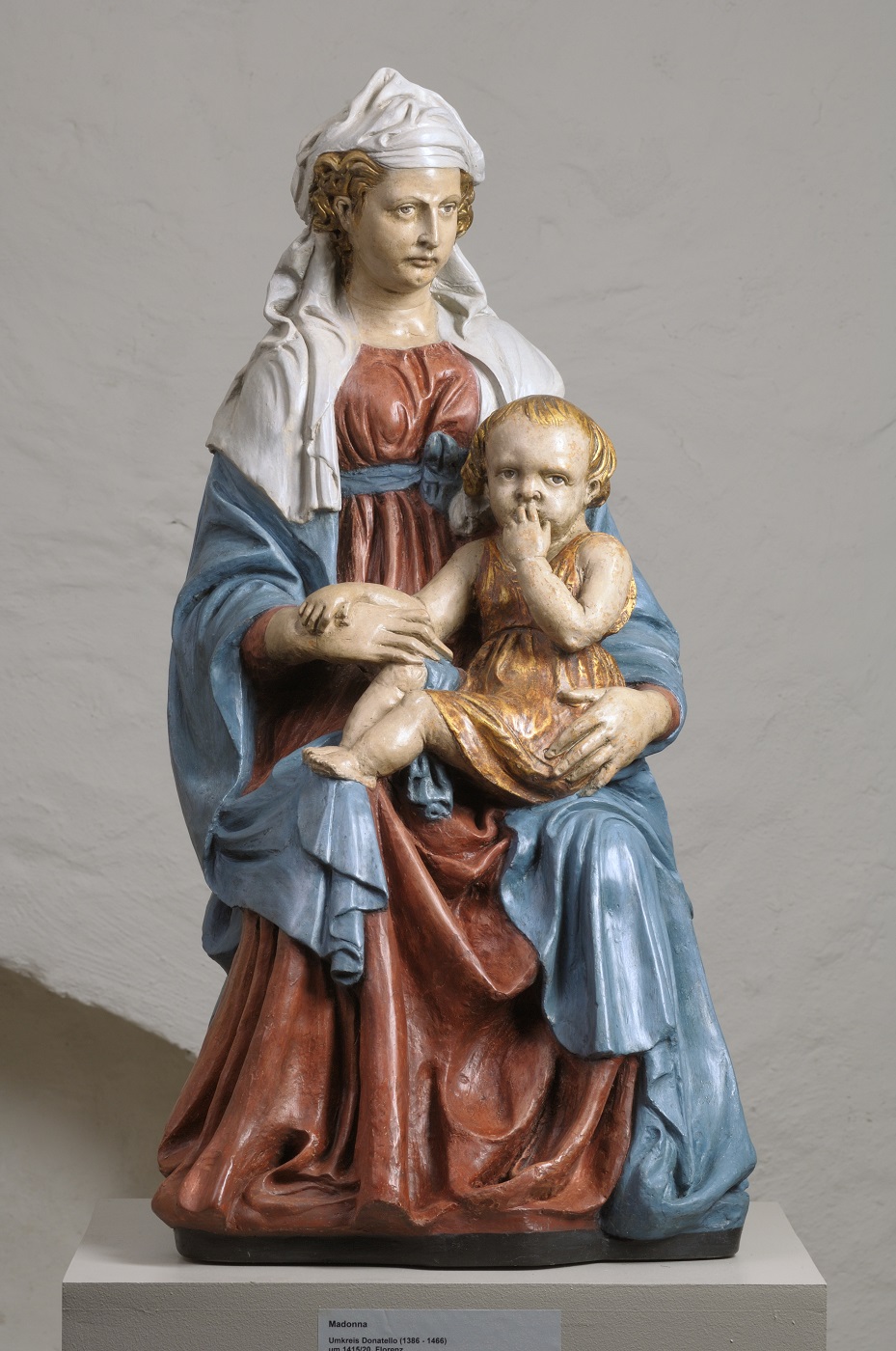 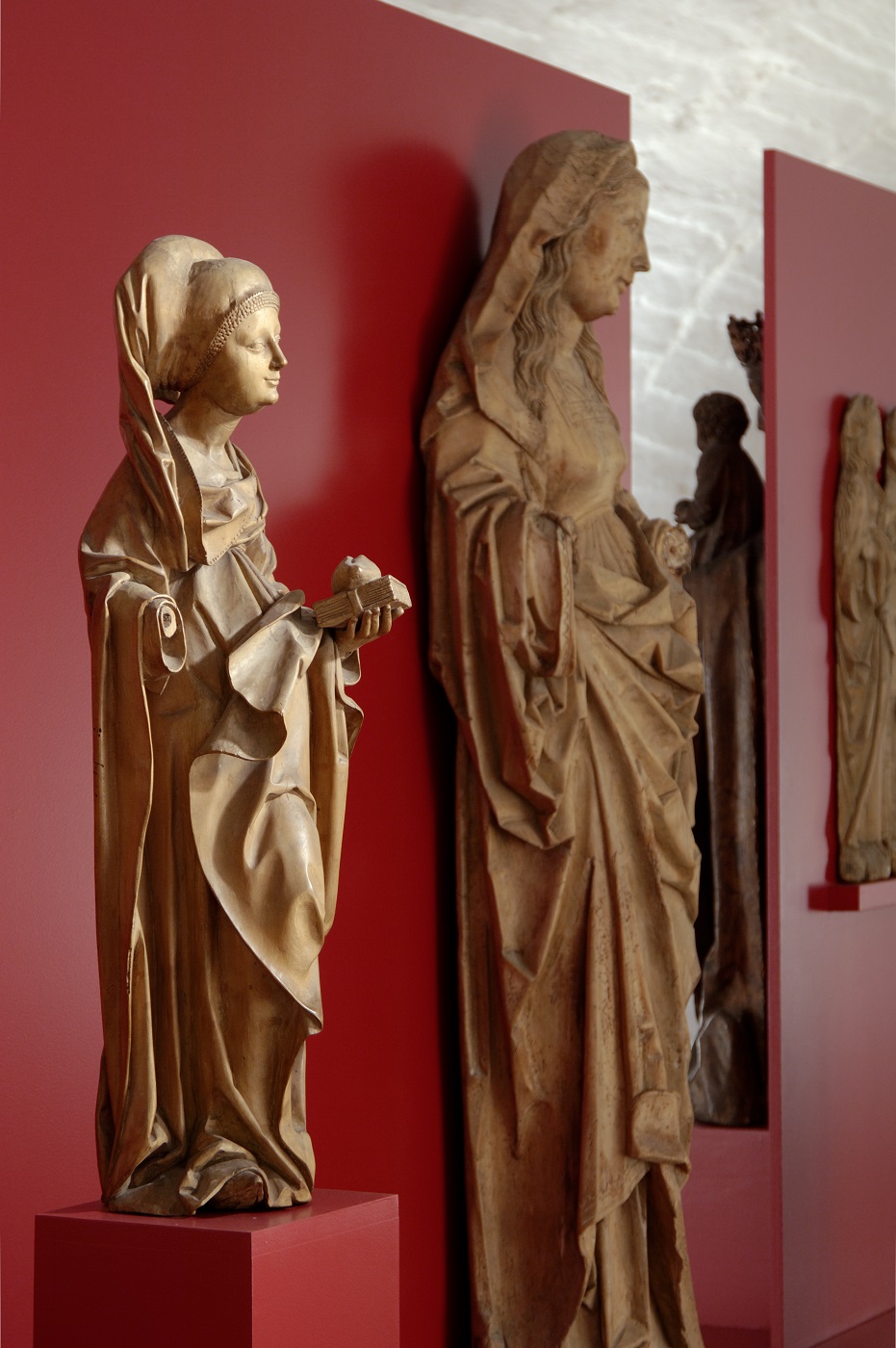 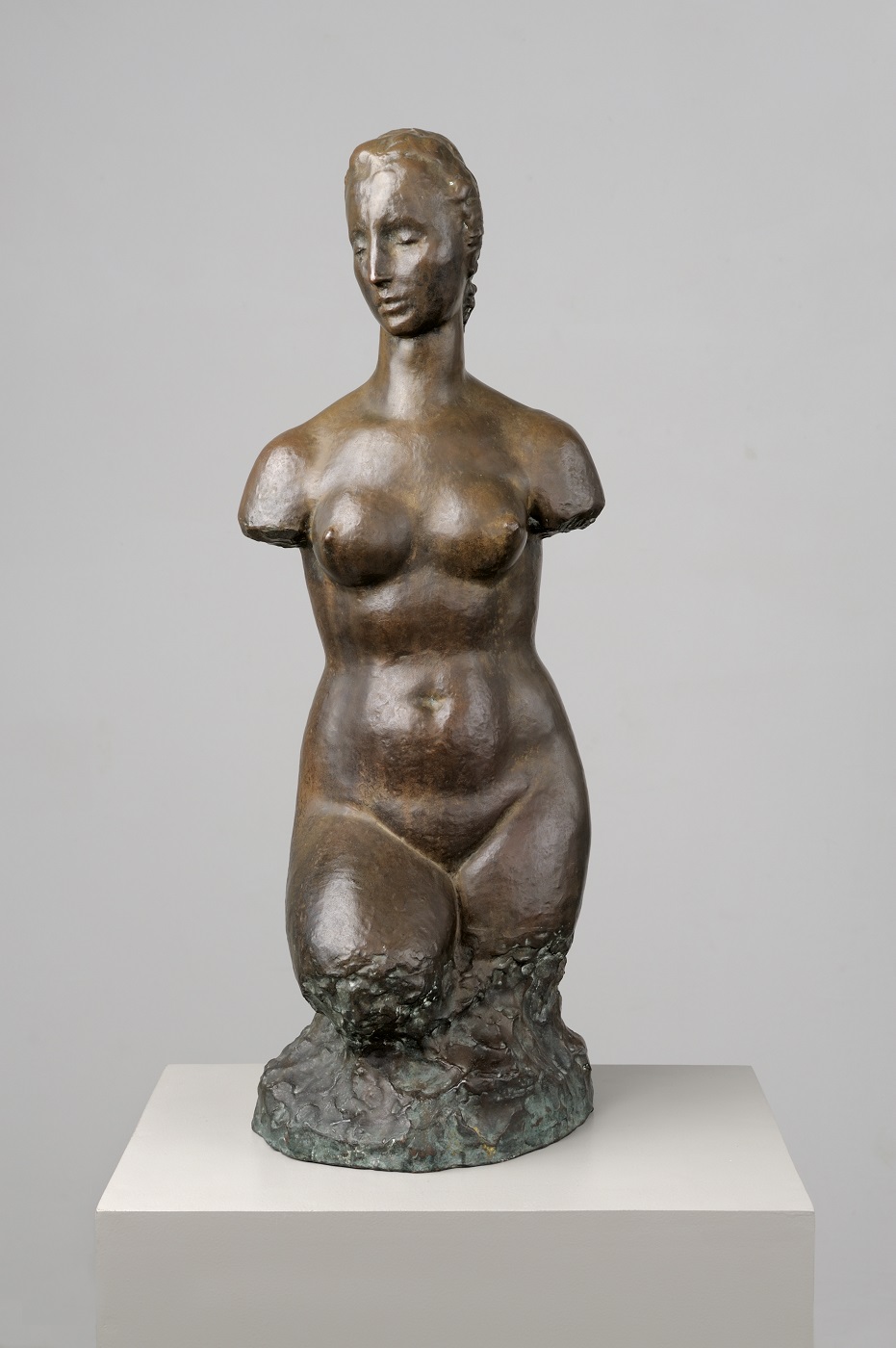 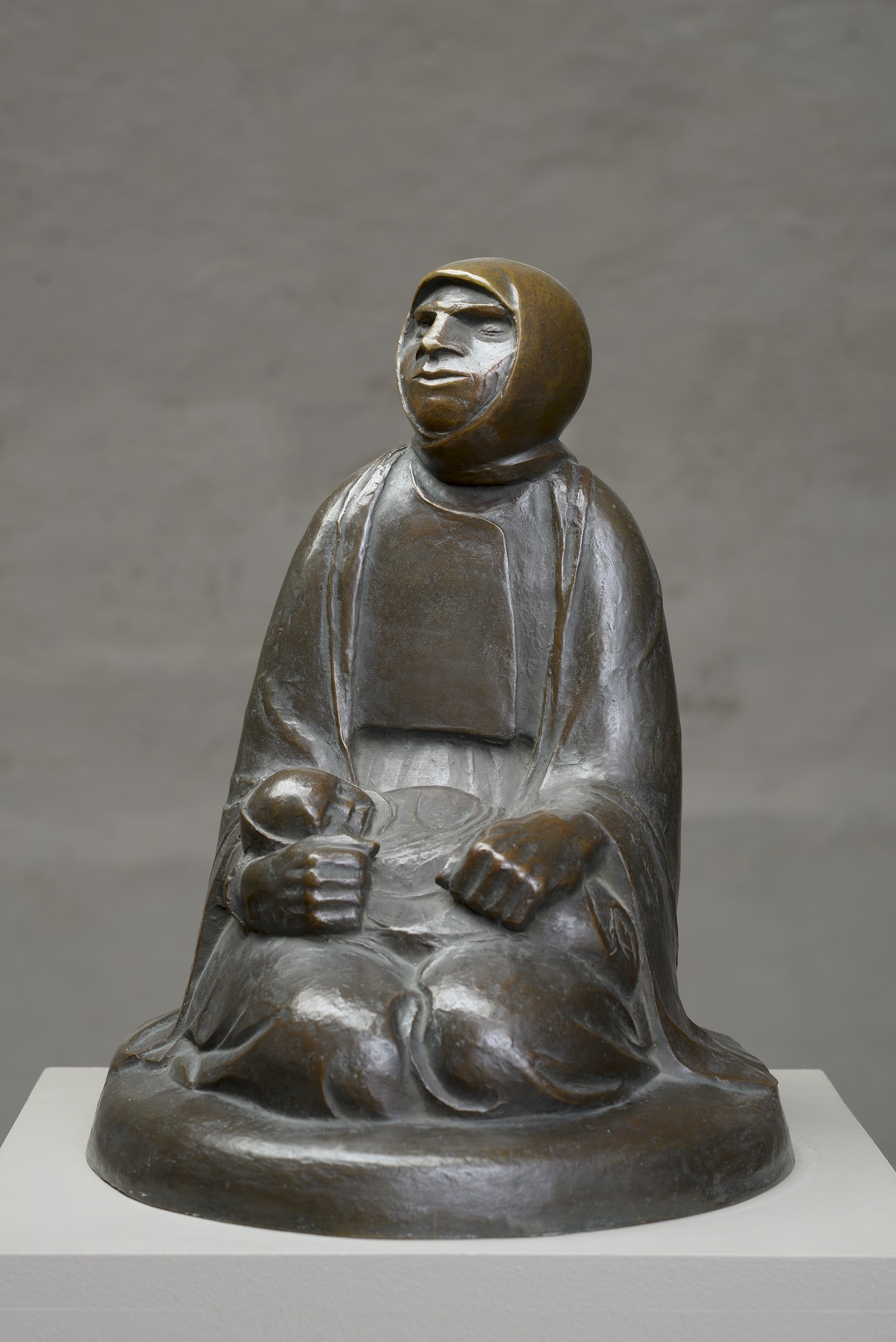 In the lower barrel vault, accessible via a staircase from the middle barrel vault, there is a small exquisite selection of sculptures from antiquity, from early modern Italy as well as from the 19th and early 20th centuries. Mentioned should be the "Torso of a boy", a Roman marble copy based on a work from the Polycletus environment. With Johann Gottfried Schadow's "Fridericus Rex" from 1807, the Berlin School of Sculpture echoes classicism. Wilhelm Lehmbruck's "Hagener Torso" from 1906 exemplifies classical modernism.

The so-called Hochsäulige Kapelle, located next to the church at the east end of the cloister and accessible from there, houses the collection of historical sculptures that were rescued from the Magdeburg churches that were destroyed in World War II. In addition to a stone epitaph from the beginning of the 15th century with the depiction of the so-called "Lion Madonna" (a beautiful Madonna on a lion), there are stone sculptures from the Riemenschneiderschule, a depiction of St. Jacobus from the middle of the 16th century and a large Christopher figure made of sandstone.