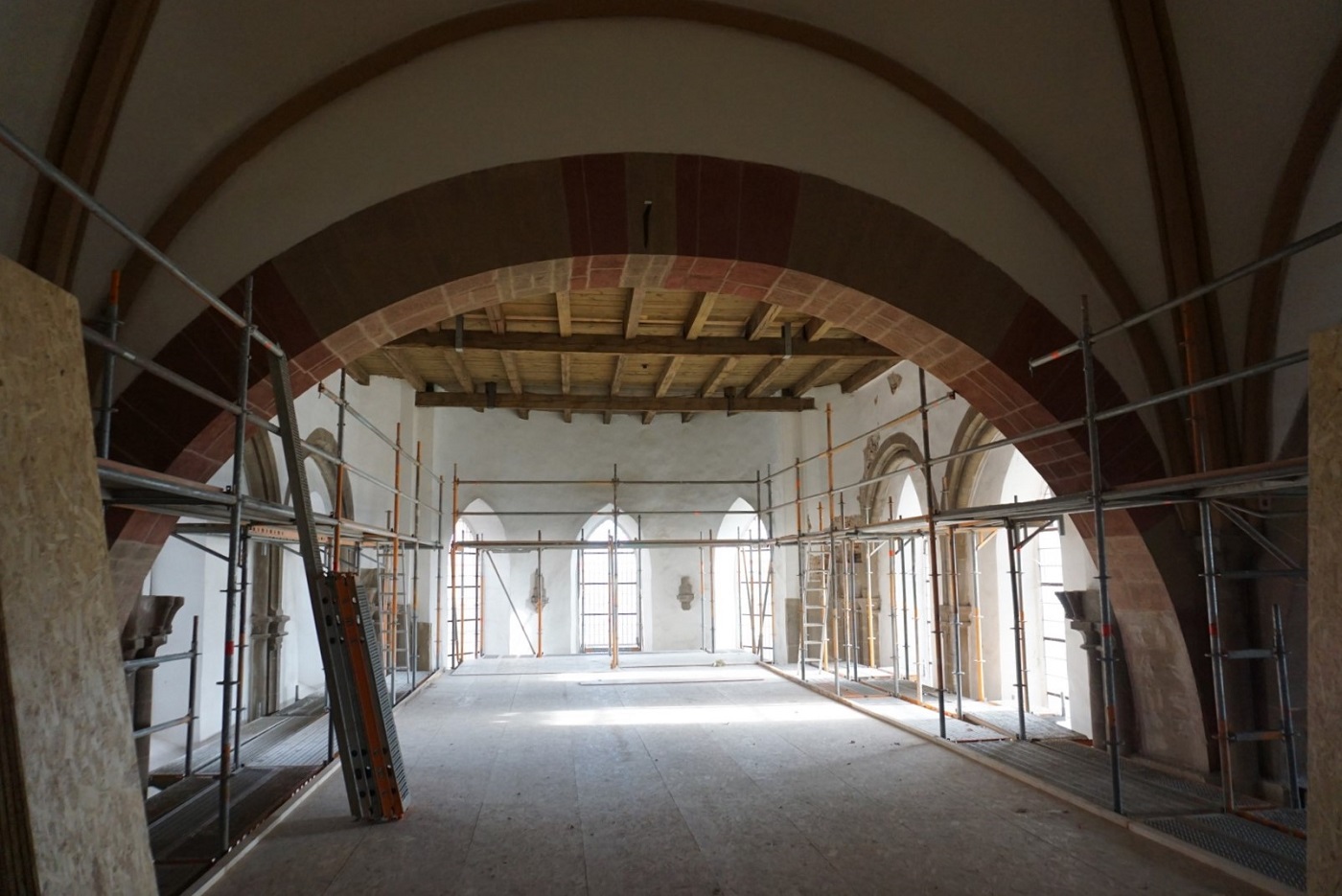 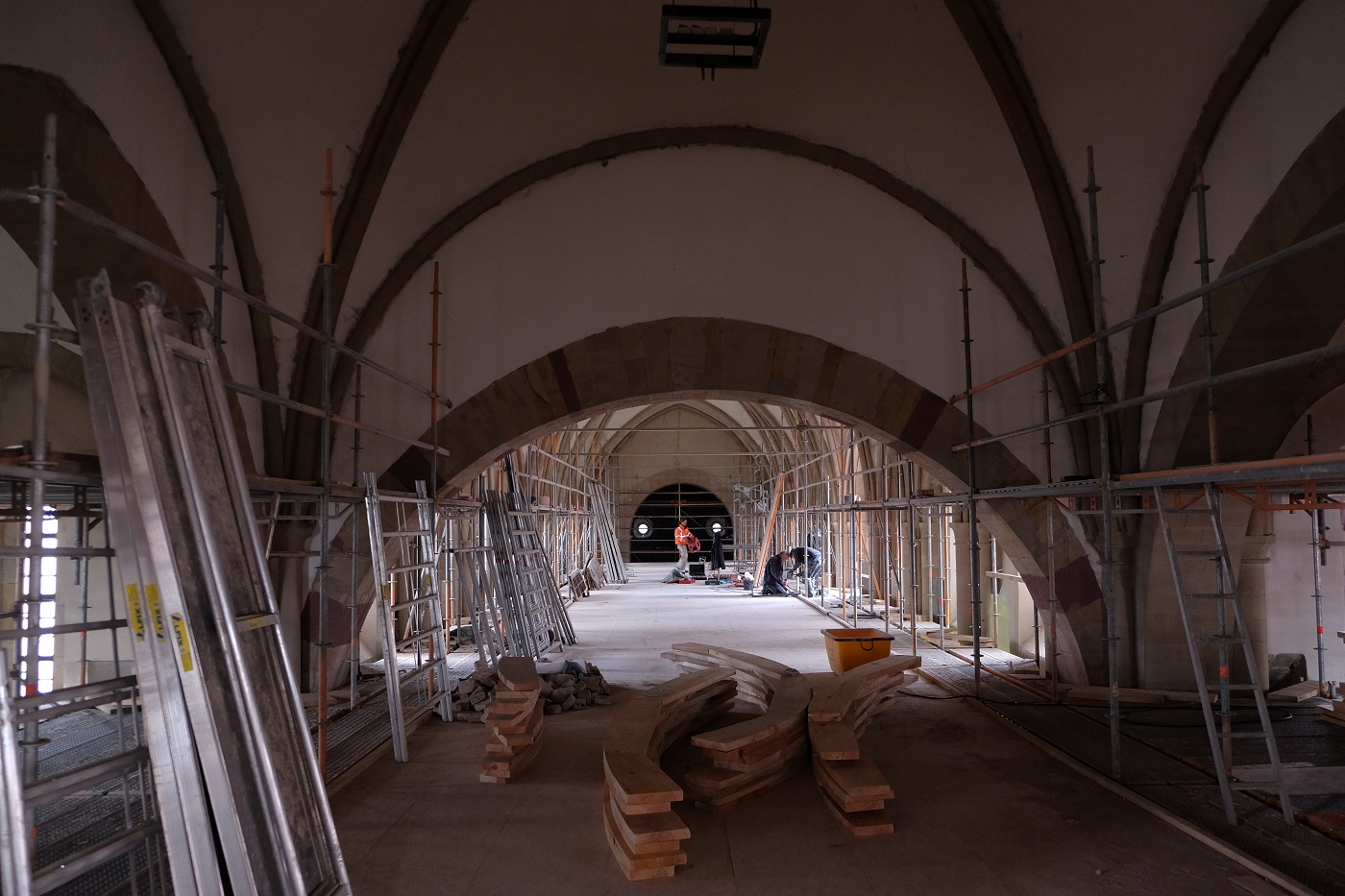 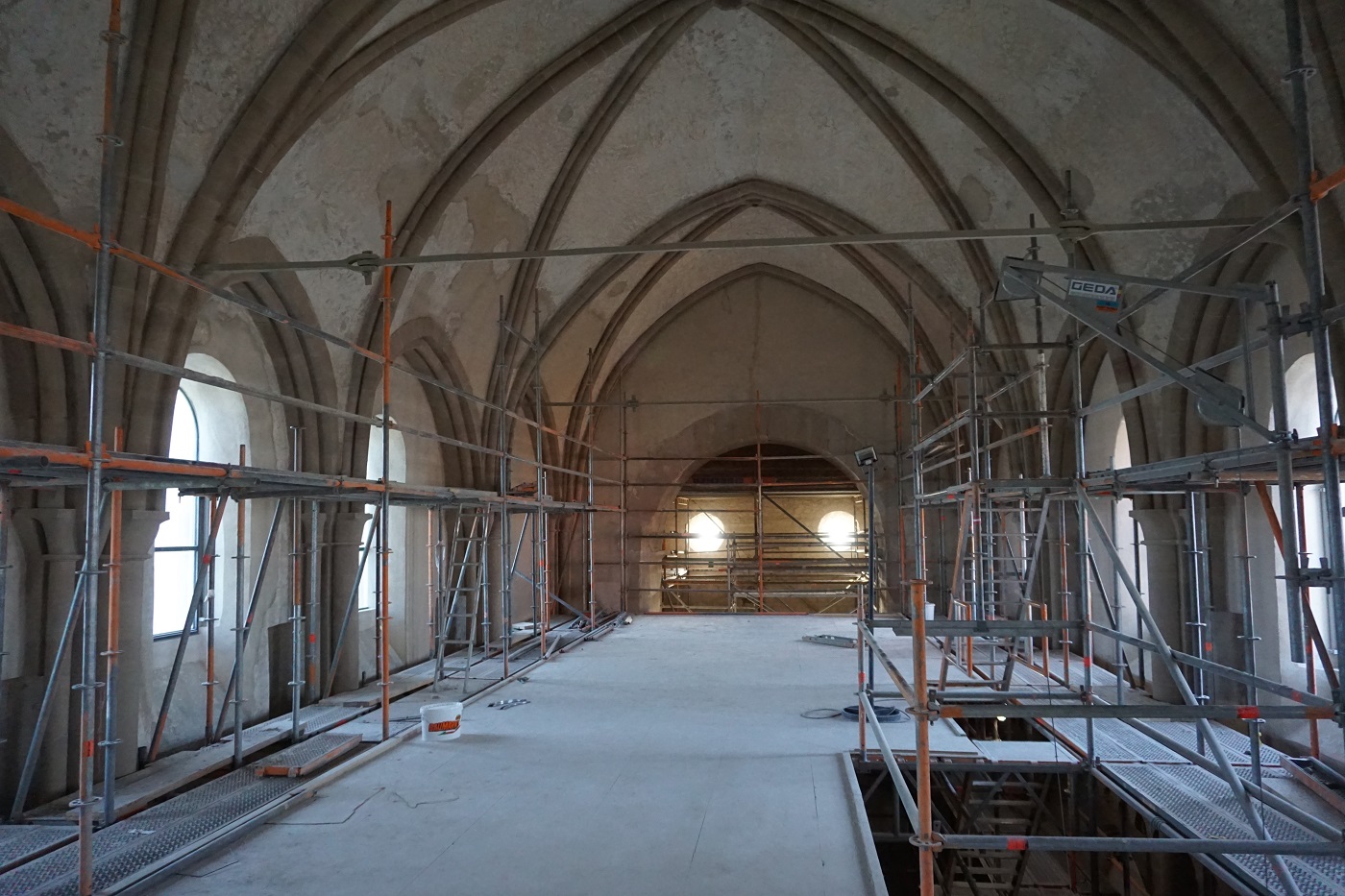 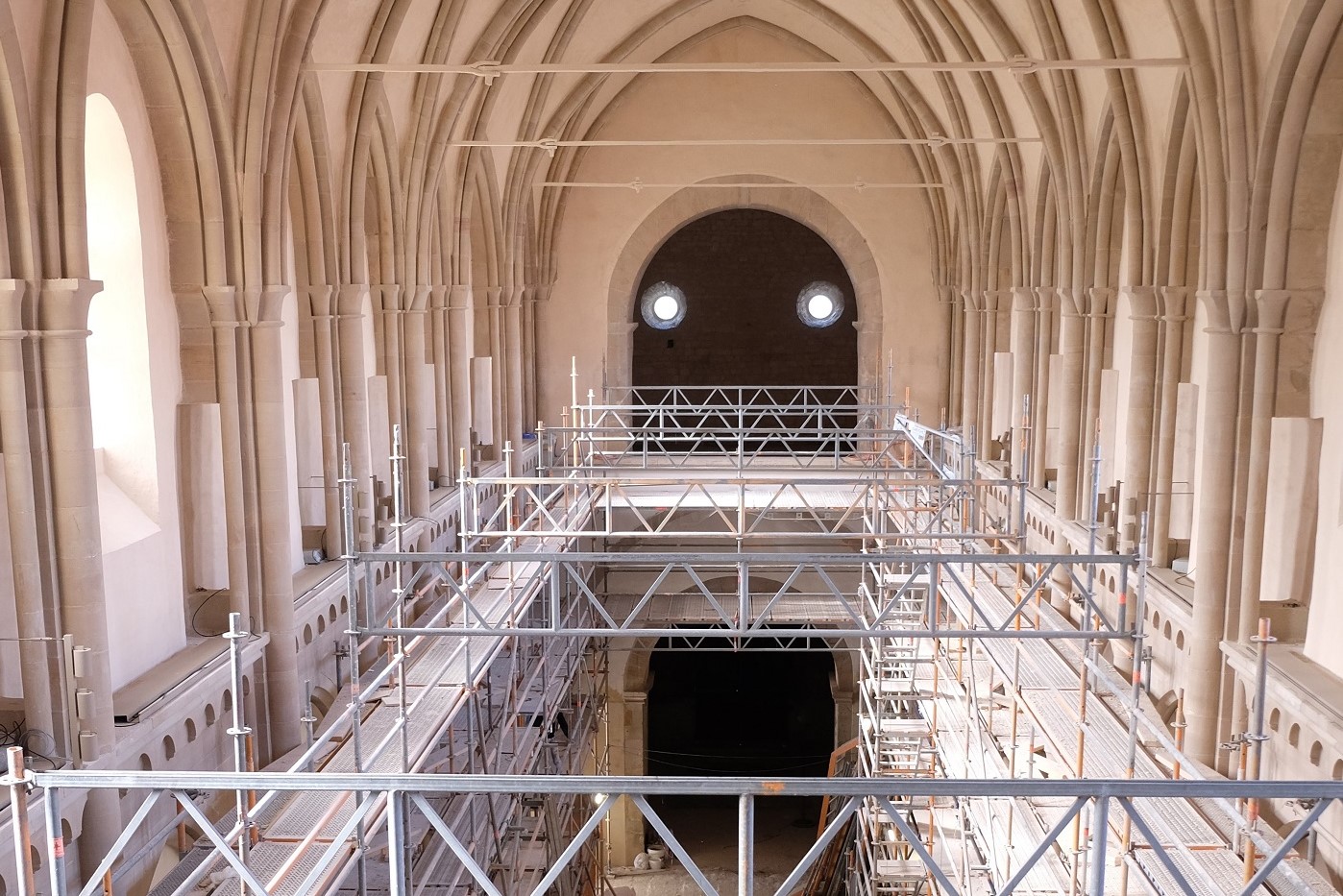 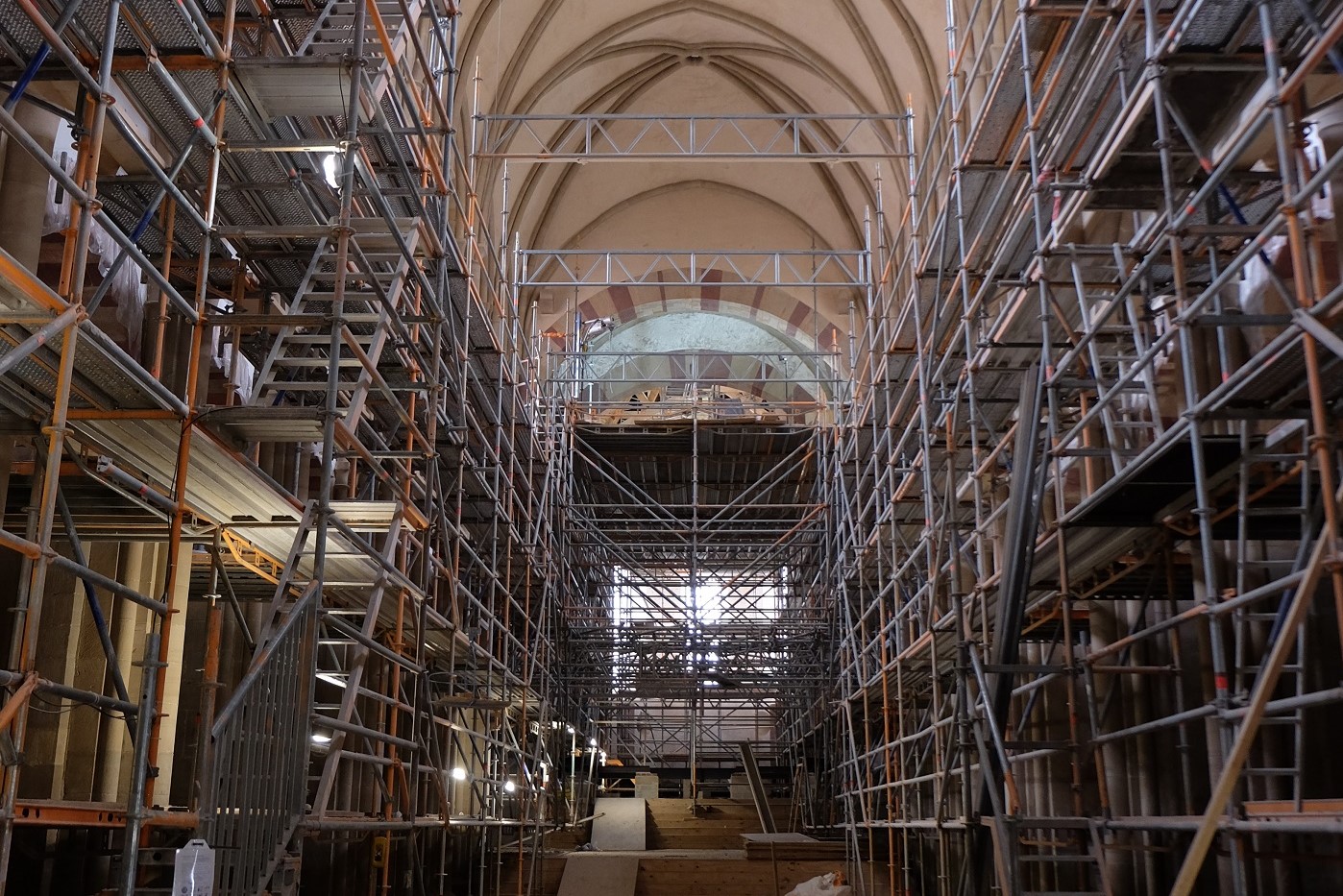 The high medieval vault of the monastery church, which was destroyed by a bomb in 1945, was not restored during the repairs carried out in the 1950s to 1970s. At that time, a flat wooden beam ceiling was built in, which was supposed to be reminiscent of the wooden ceiling of the original building, which was once non-vaulted. With the reconstruction of the ribbed vault, the Gothic impression of the room is being restored. Together with the preserved Gothic window shapes and wall templates in the choir, enables the visitor to experience the design quality of the period around 1240 again.

Furthermore, the west gallery will be made accessible to visitors and the spiral stairs to the towers will be repaired. The west portal will be provided with a vestibule, ancillary and storage rooms redesigned. The wooden windows installed in the 1970s were replaced. Underfloor heating as well as the technical equipment and ventilation system will be installed. In addition to the repair of all plastered surfaces on the walls and vaults, the figures of the high-column chapel are being restored and the memorial plaque for Saint Norbert is being restored. 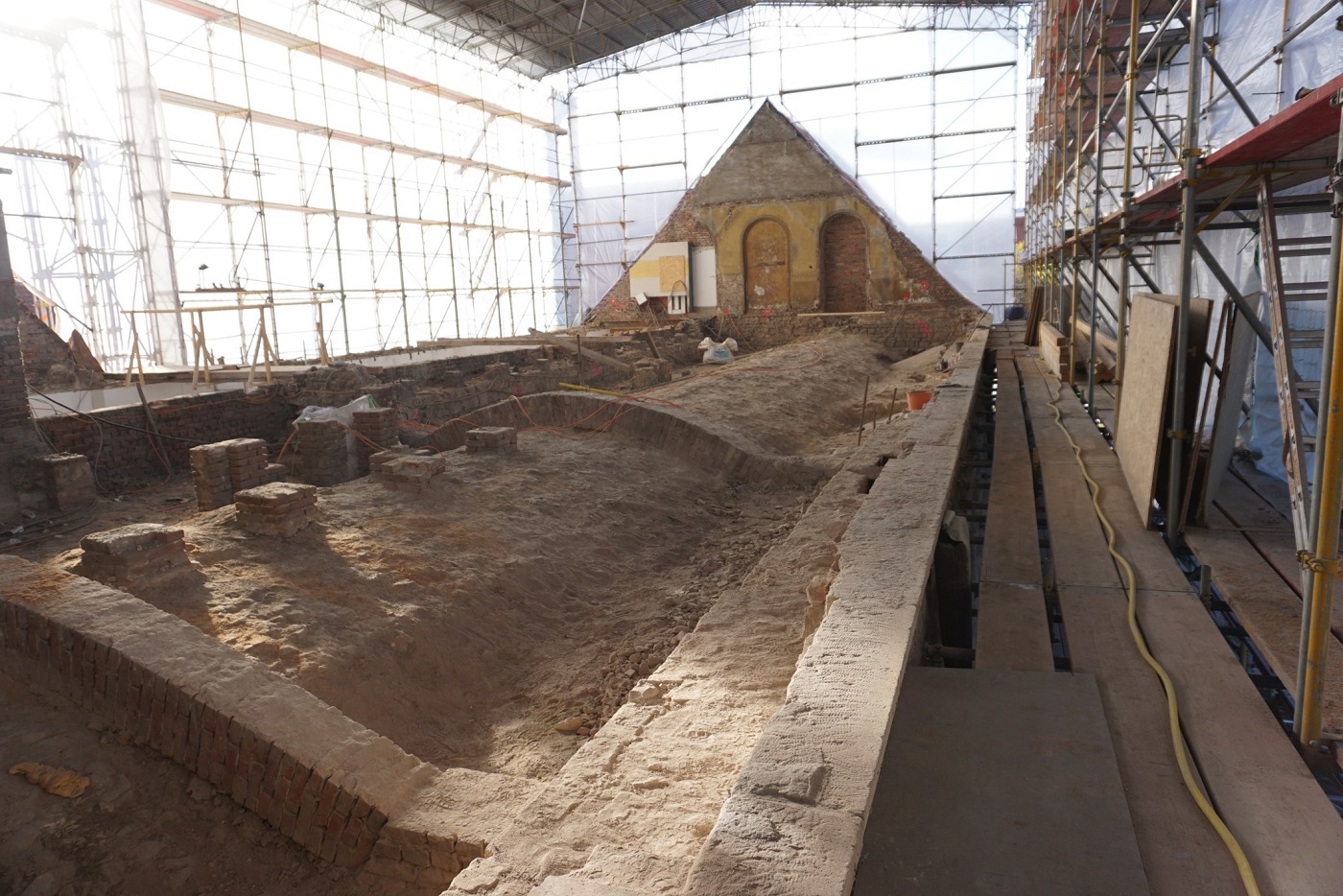 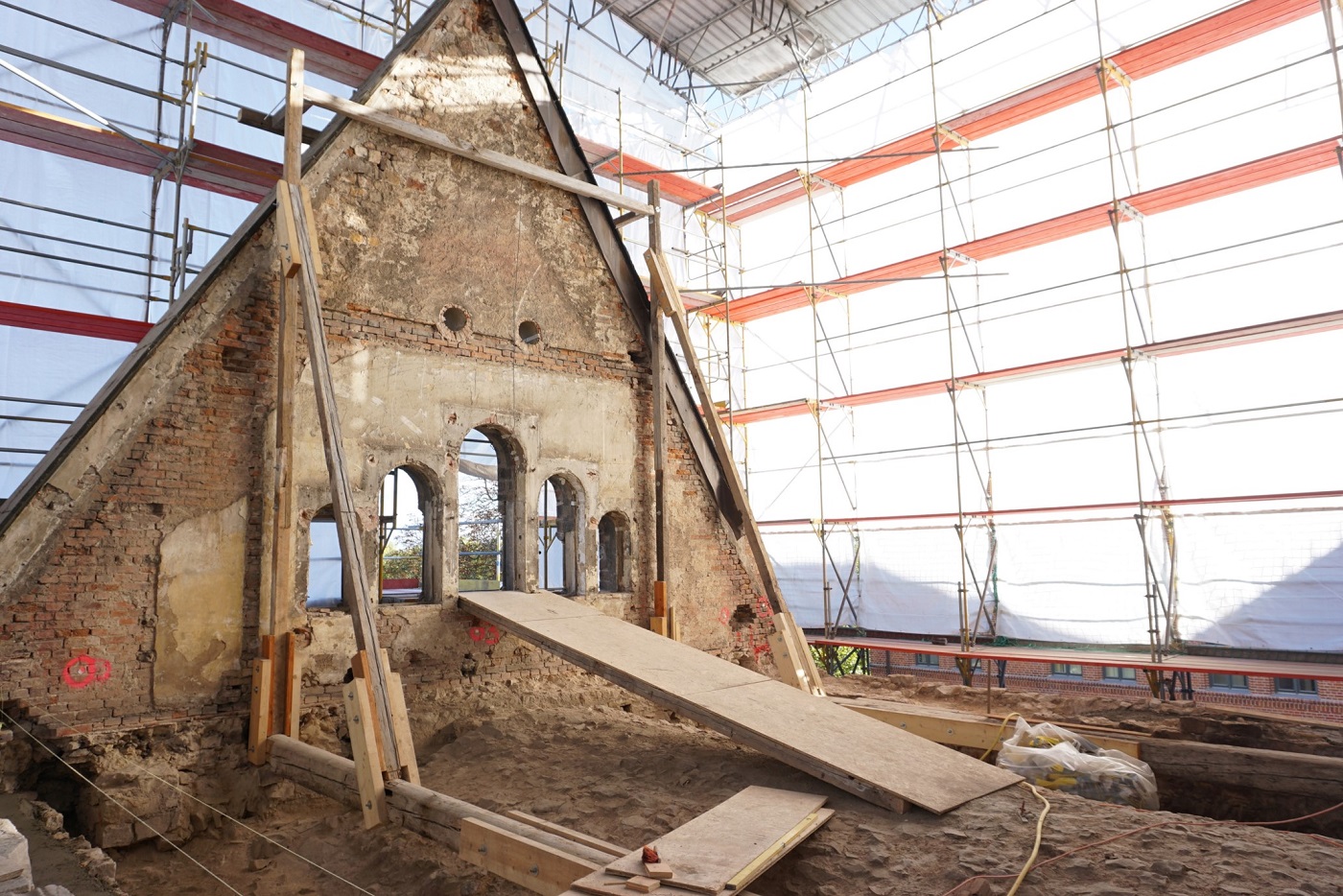 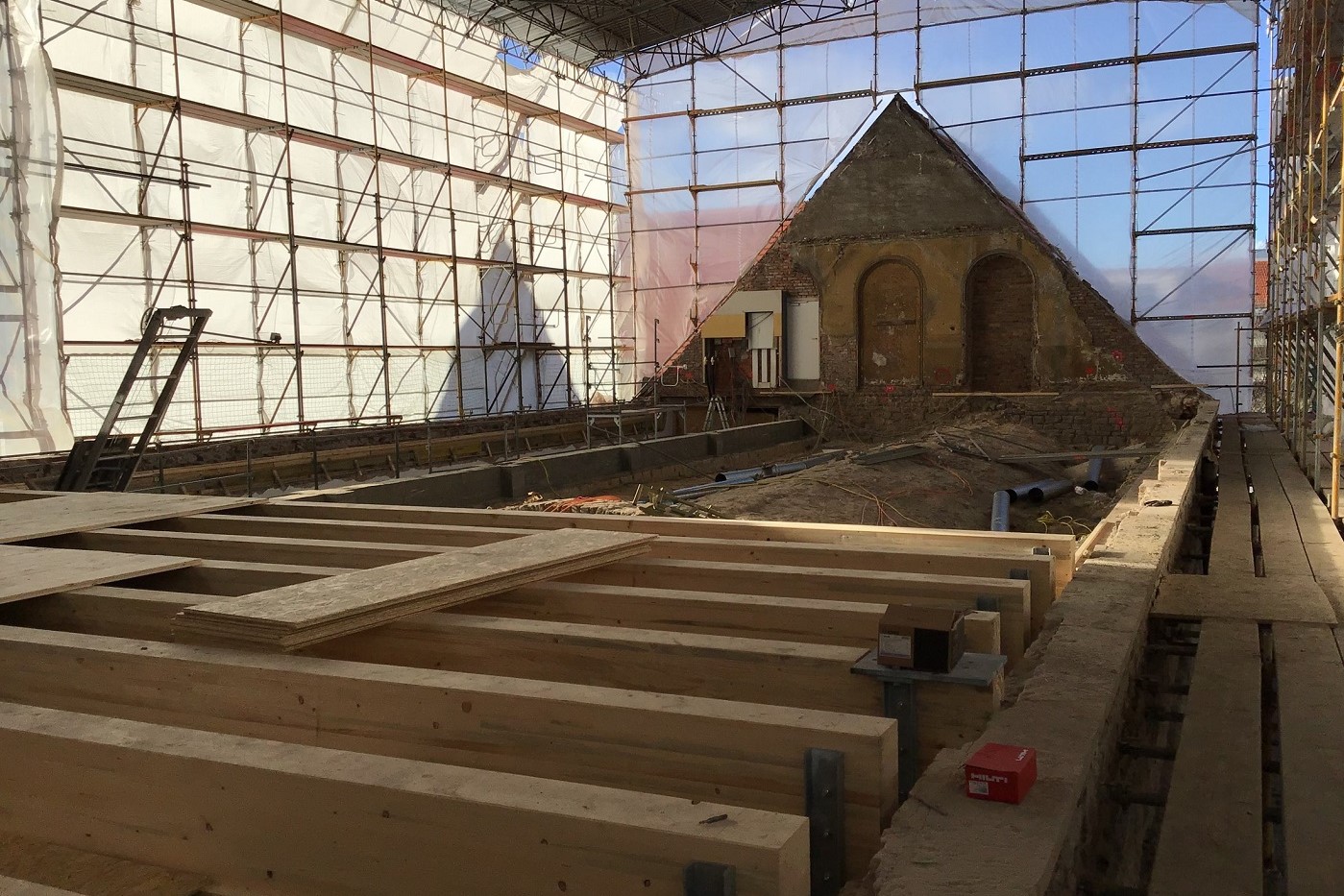 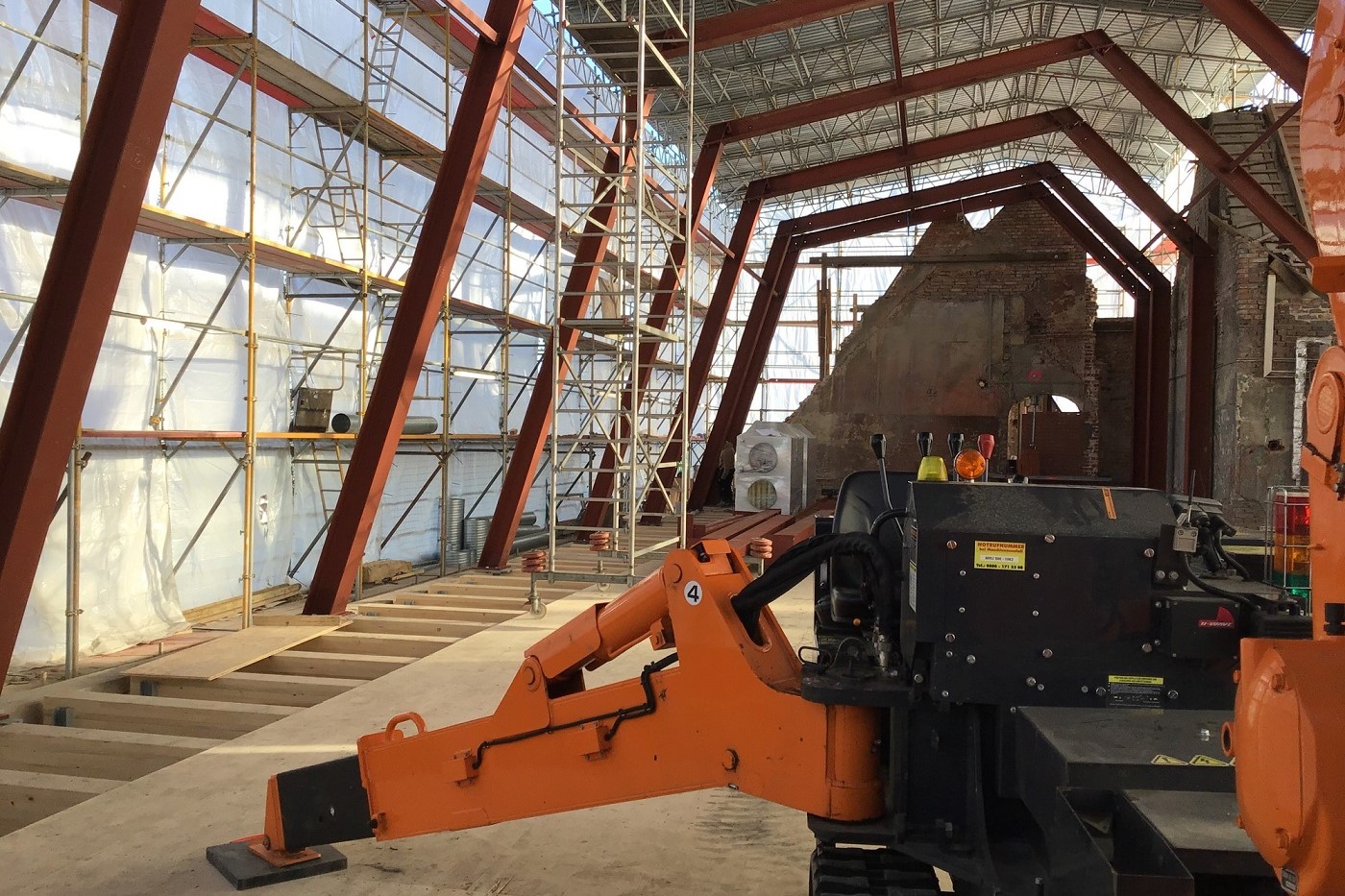 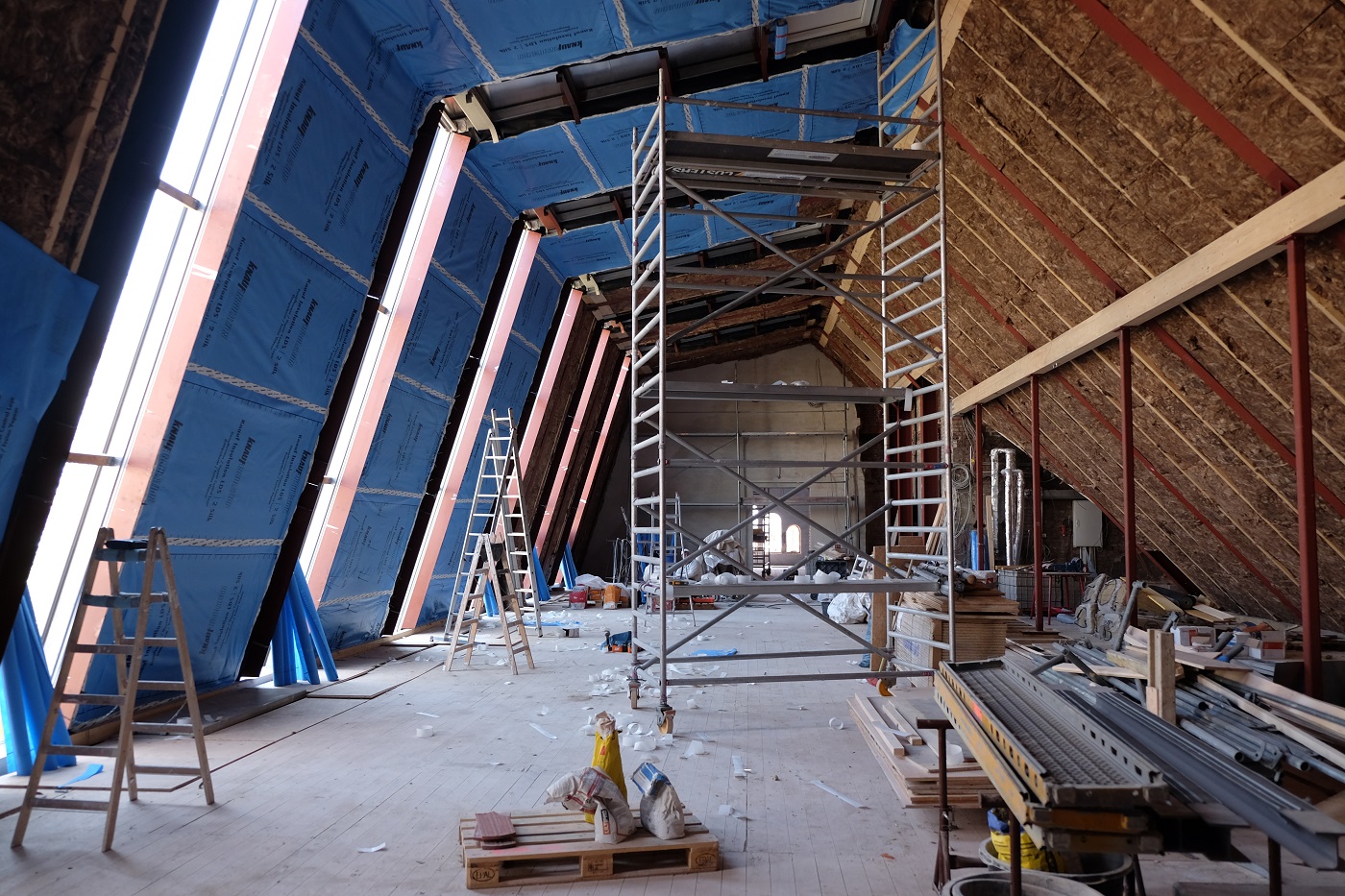 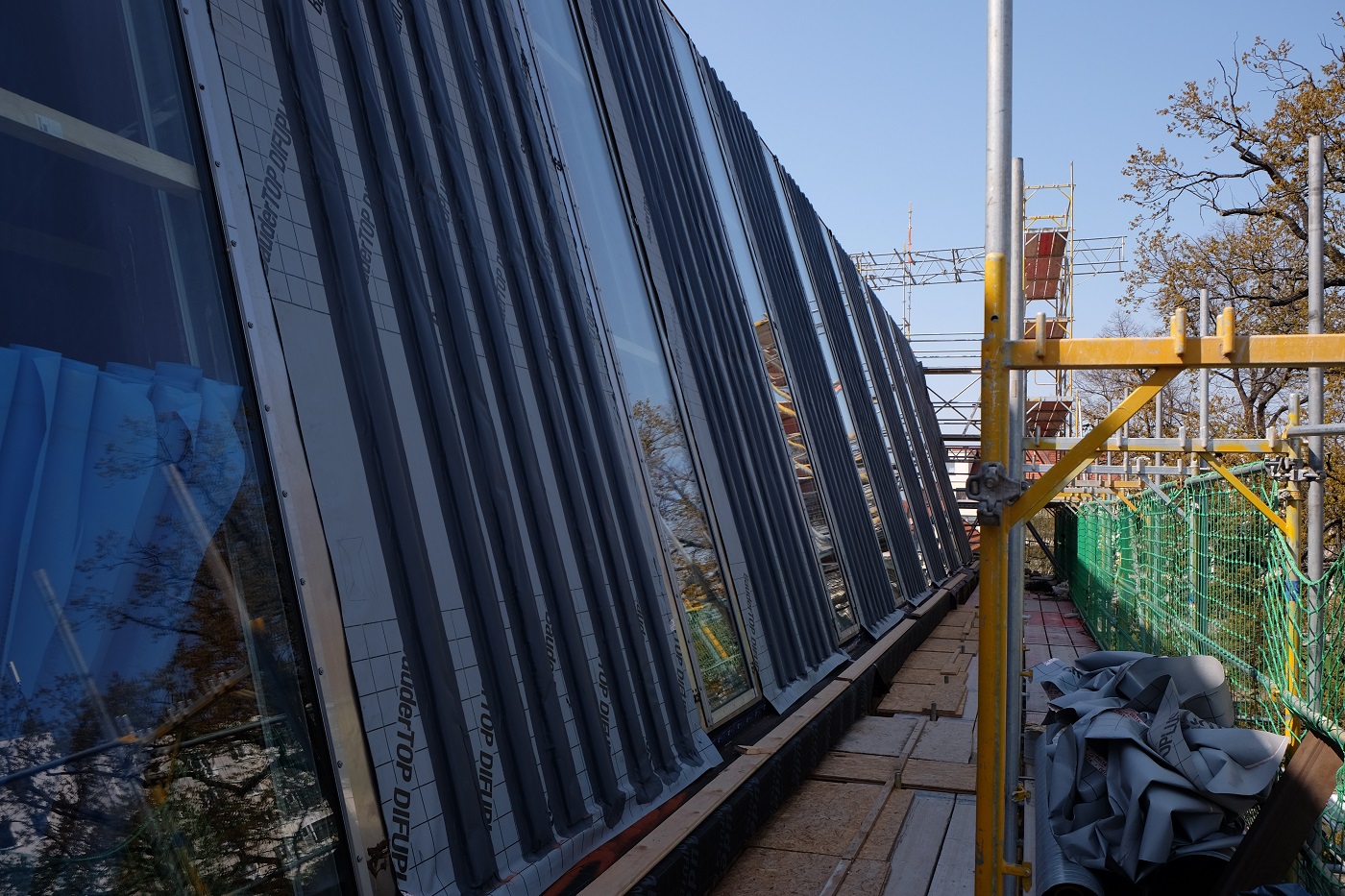 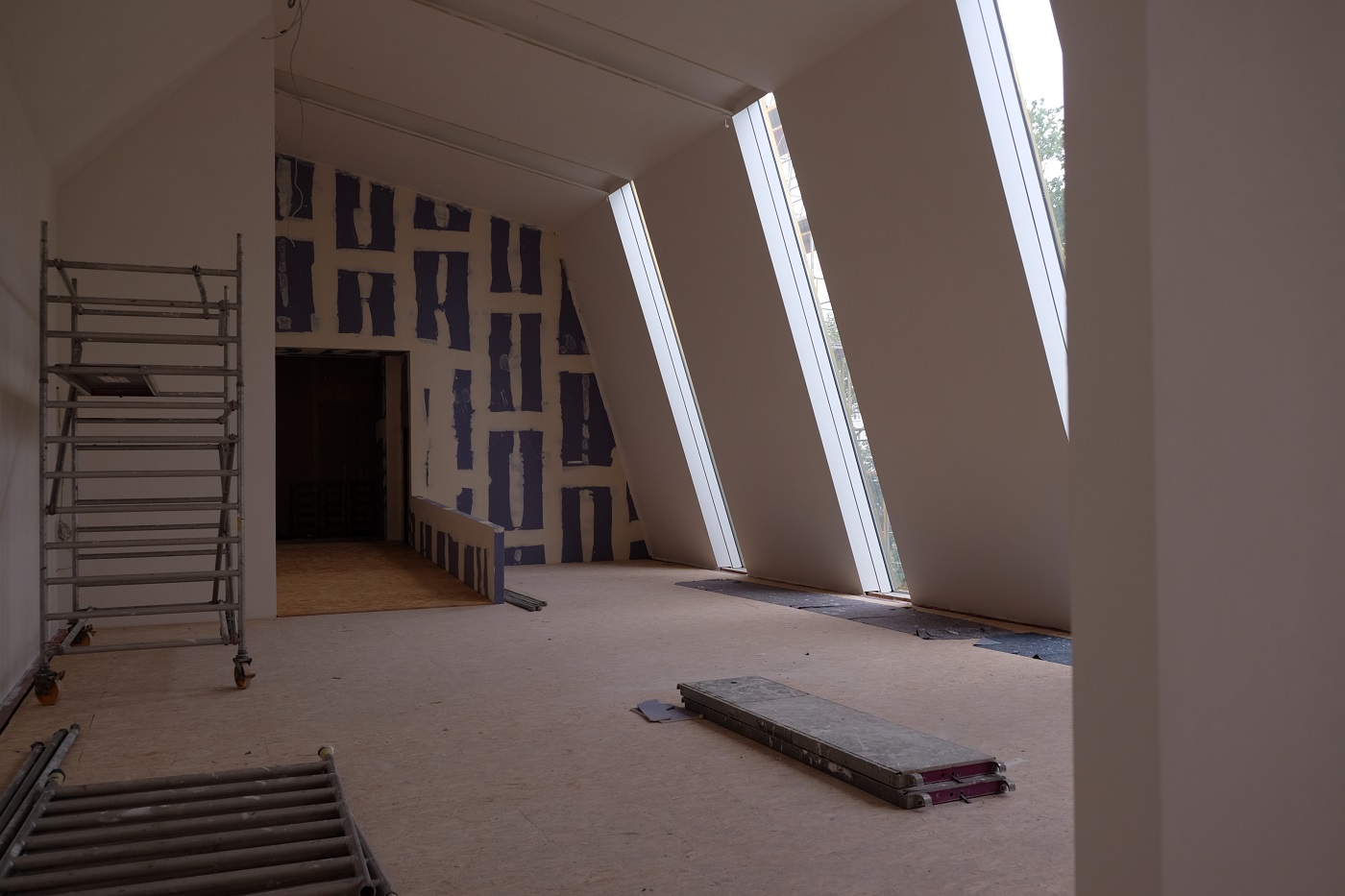 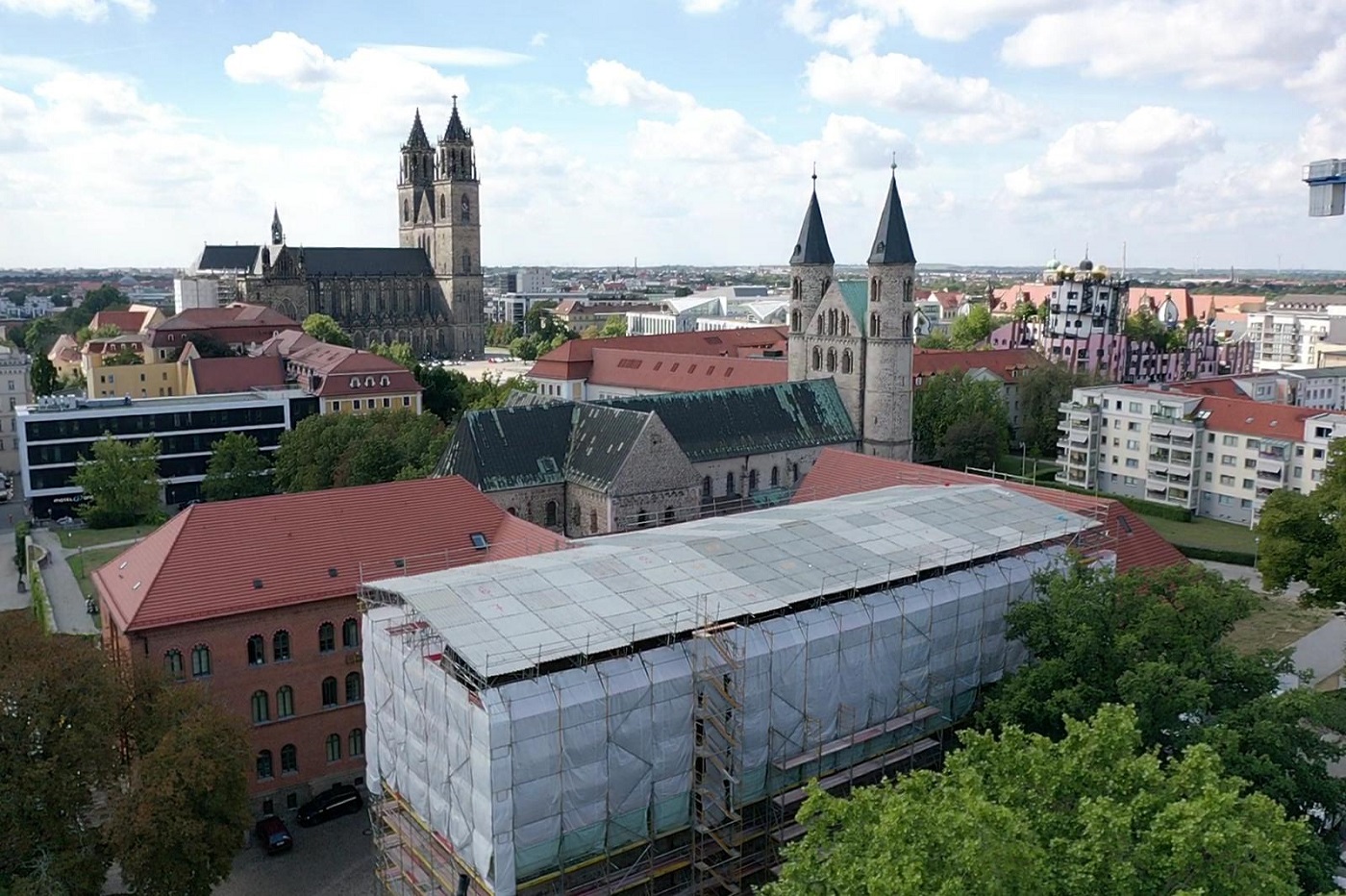 The construction work on the north wing is also in progress. The north wing of the building complex of the former Premonstratensian monastery was built in the 12th century under the influence of northern French and Burgundian. The 45 meter long and almost 8 meter wide refectory forms the core of the complex and has been preserved as one of the most important and largest Romanesque rooms in Germany. In the 1950s, a roof structure was erected that covers the remains of an upper floor that was built in the 19th century based on a medieval model. The rooms in the roof structure were the school auditorium, lounges and the so-called "Olymp", which is located on the east side of the north wing, until it was destroyed in World War II. These rooms are now being extensively renovated and made accessible to visitors. This increases the exhibition area of ​​the museum by 400 m² to a total of 1280 m².

For the expansion of the attic storey to use as exhibition rooms, the wooden beam ceiling will be upgraded. Technical systems such as heating, ventilation, lighting and sound technology are installed. The roof construction will be renewed, windows and doors will be replaced and the lighting and smoke extraction system will be integrated. The floor and the underfloor heating of the upper barrel vault will be renewed and the walls and vaulted areas will be renovated.

From autumn 2022, the monastery church and the north wing with the new exhibition rooms will be accessible to visitors again.

The construction measures are funded by: