Dieter Goltzsche is a draughtsman. His imagery unfolds on comparatively small formats, on paper. But the format does not limit his drawing style, which is unlimited in the inventive use of drawing - as if it is far more than the things in front of our eyes that inspire his drawings.

Dieter Goltzsche offered a remarkably large selection of drawings, watercolours, lithographs, and screen prints to the Magdeburg Art Museum as a donation. Almost 300 of his works can be seen in the exhibition "Landscape with advertising column". The works on show illustrate Goltzsche's extensive oeuvre, spanning more than six decades, from his diploma thesis “Ballet” from 1957 to tempera and ink works that were created in 2021.

If we delve into Dieter Goltzsche's drawings and graphics and sometimes discover allusions in them, for example to Max Beckmann, Henri Matisse, Pablo Picasso or Paul Klee, then these are indications of conscious admiration that the draftsman concedes to himself. In a comparable commitment to contemporary literature and music, for example, the pictorial language of Gottfried Benn or Federico García Lorca and the sound sequences and rhythms of Eric Satié seem to play into the drawing hand. 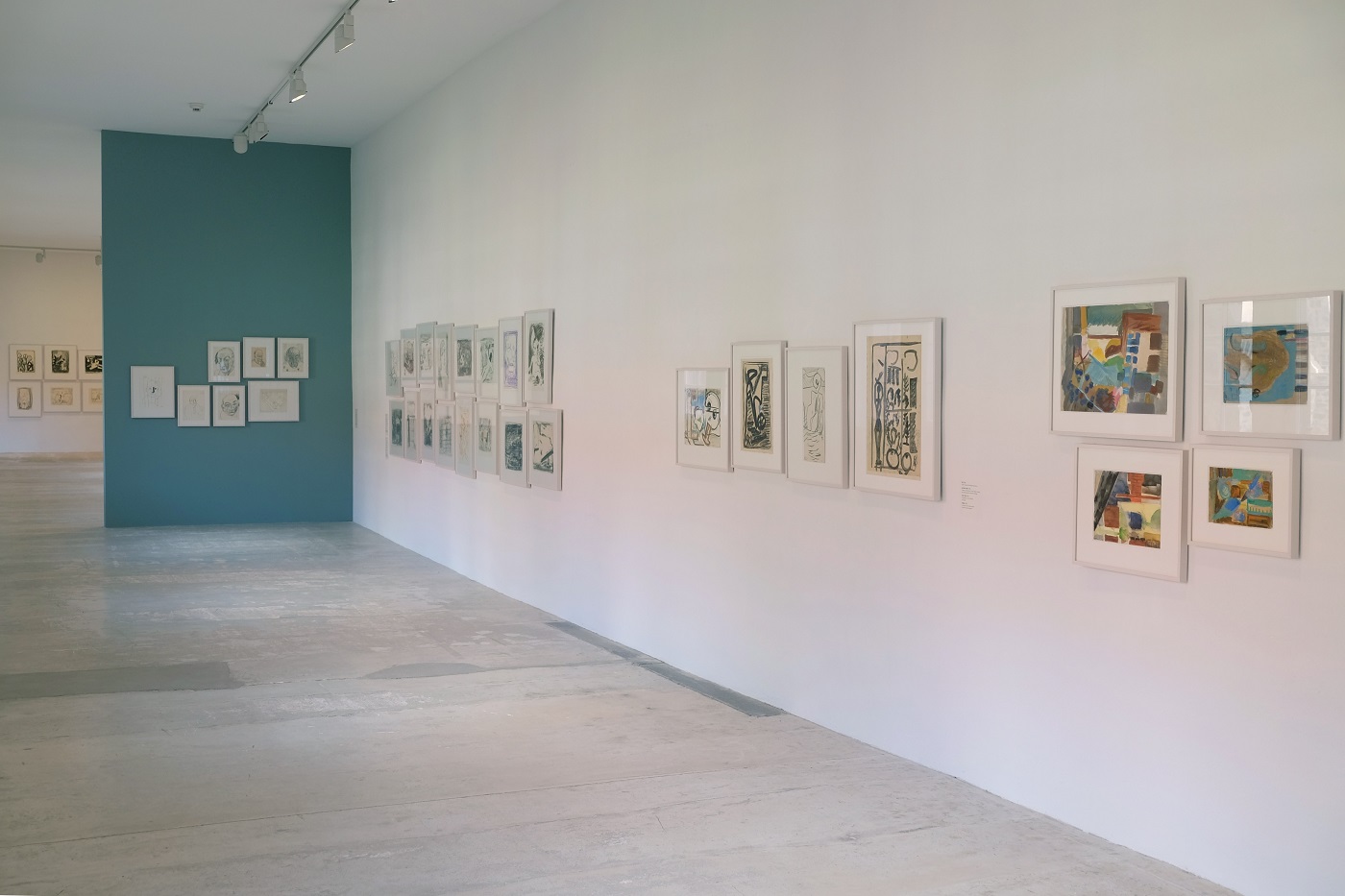 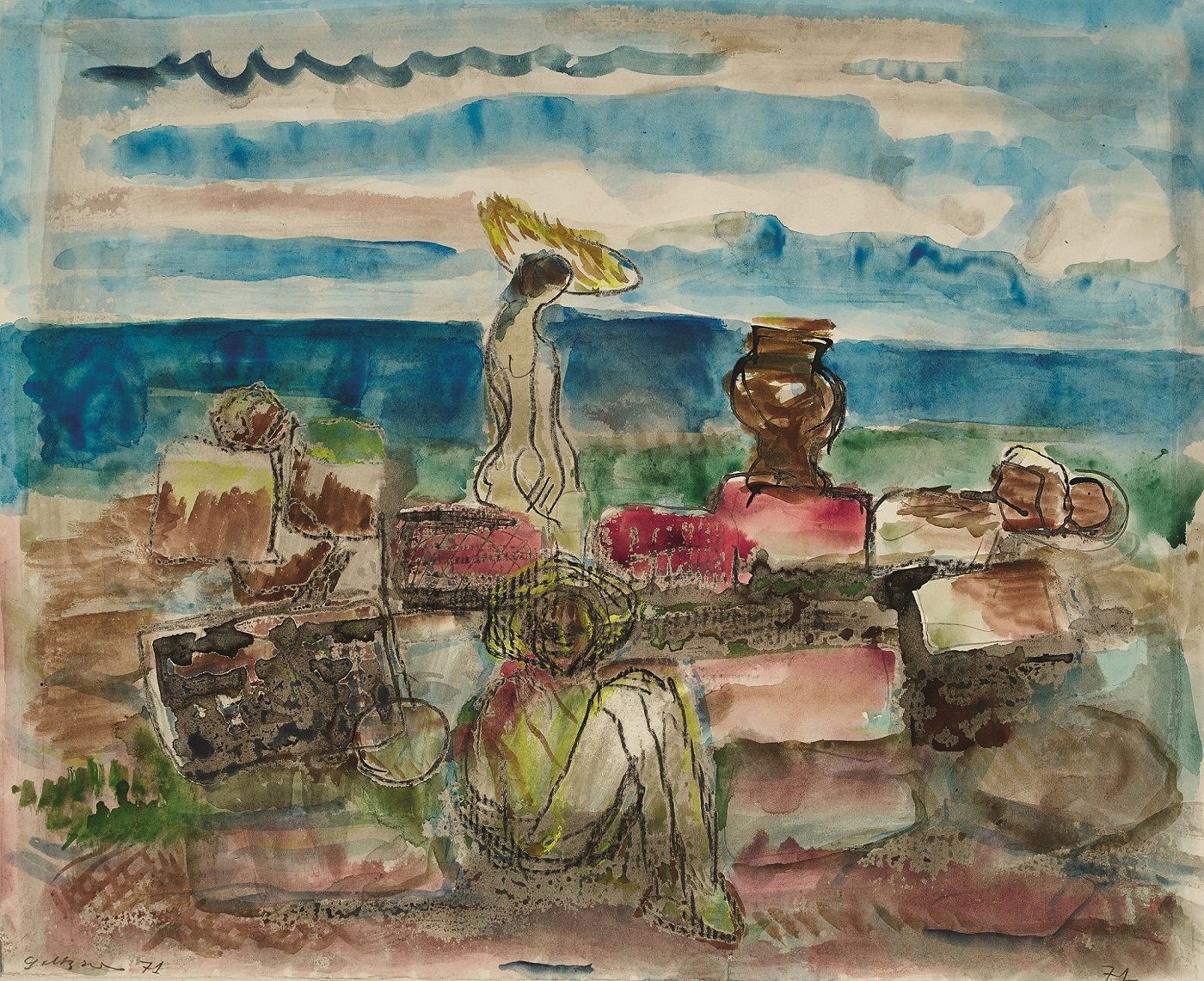 In addition to their strong powers of observation, these sheets express their author's fine instinct for looking into the depths of society. What is shown in Dieter Gotzsche's drawings and graphics is anything but the stubborn listing of the outer world by means of lines and picture patterns on paper, rather the viewer encounters the unpredictable life in all its aspects in the expression of inventive pictorial poetry. The moment of drawing sheds light on life with just a few lines and notes. This is also the case with the lithograph “Landscape with Advertising Column”, which gives the exhibition its title. In addition to portraits and landscapes, there are humorous, sometimes curious motifs that are the subject of his work.

With Dieter Goltzsche, the Magdeburg Art Museum is once again honouring in a comprehensive way a life's work whose self-determined expression was by no means a matter of course in the GDR. Like Max Uhlig, Werner Stötzer, Peter Herrmann or Horst Bartnig, whose work the art museum presented in the past, Dieter Goltzsche belongs to the singular group of a generation of artists who consistently refused to face the difficulties of realism in the GDR and who succeeded to hold on to modernity, i.e. to autonomous artistic thinking, beyond the narrow fringes of everyday political life.