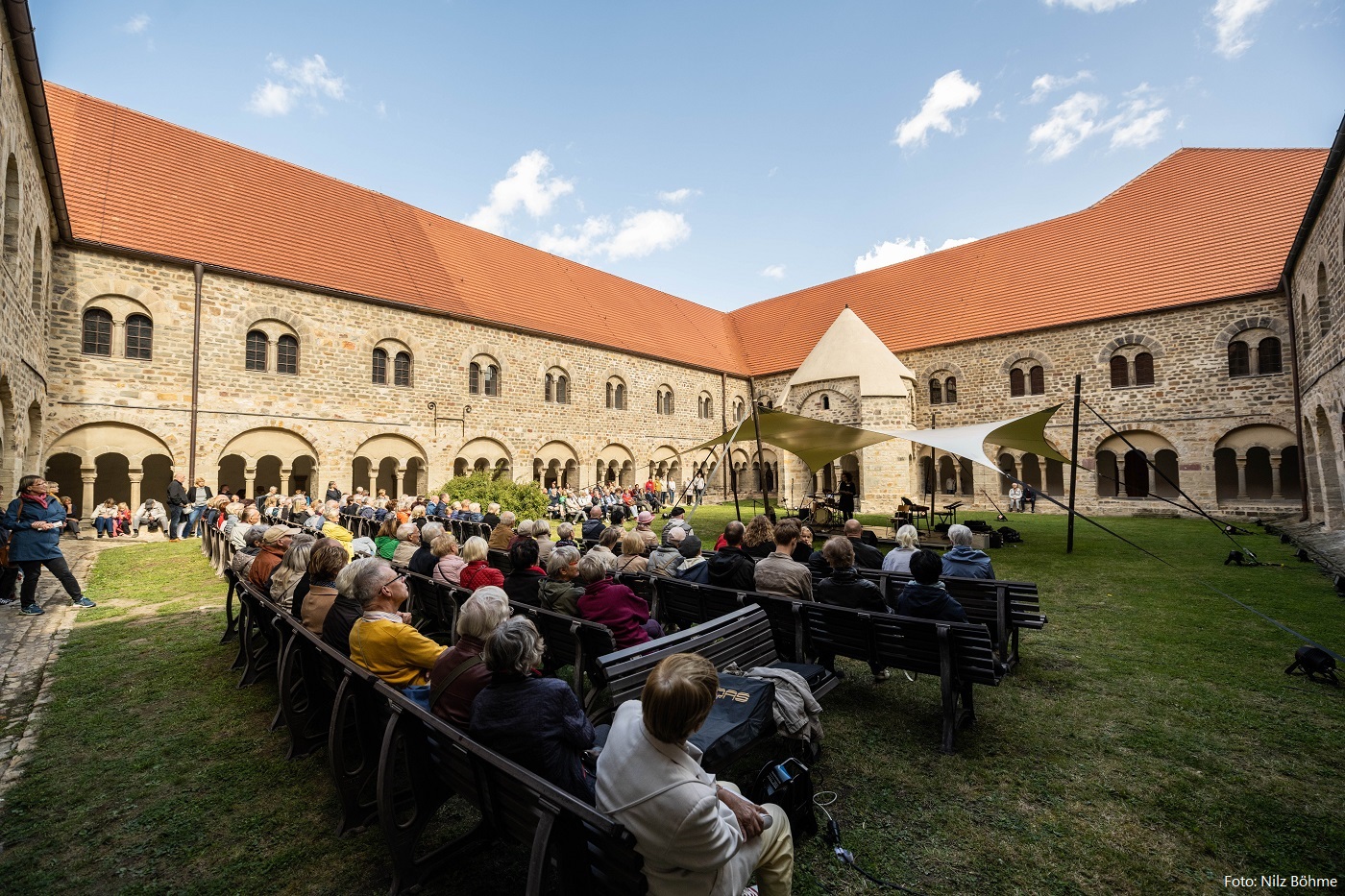 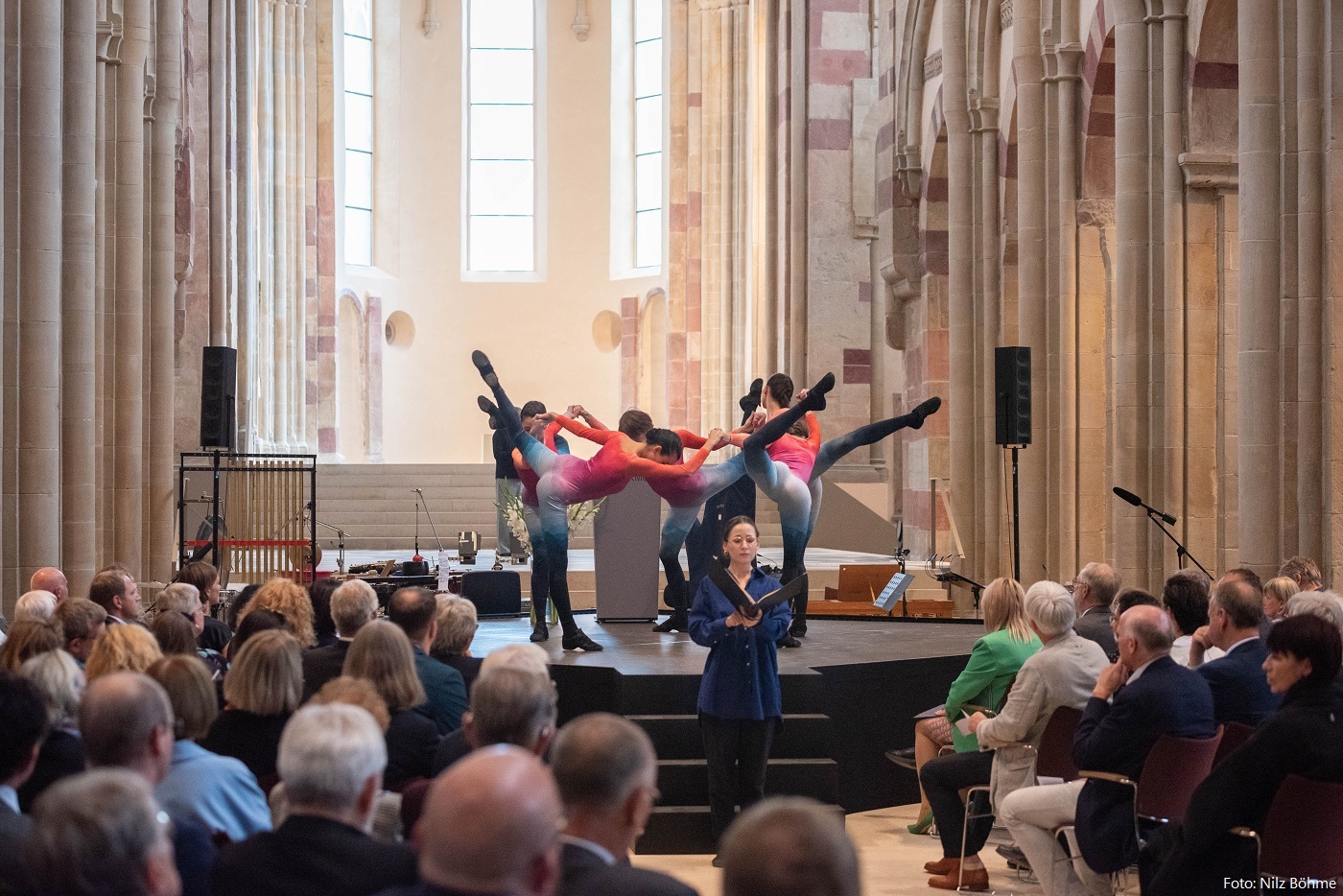 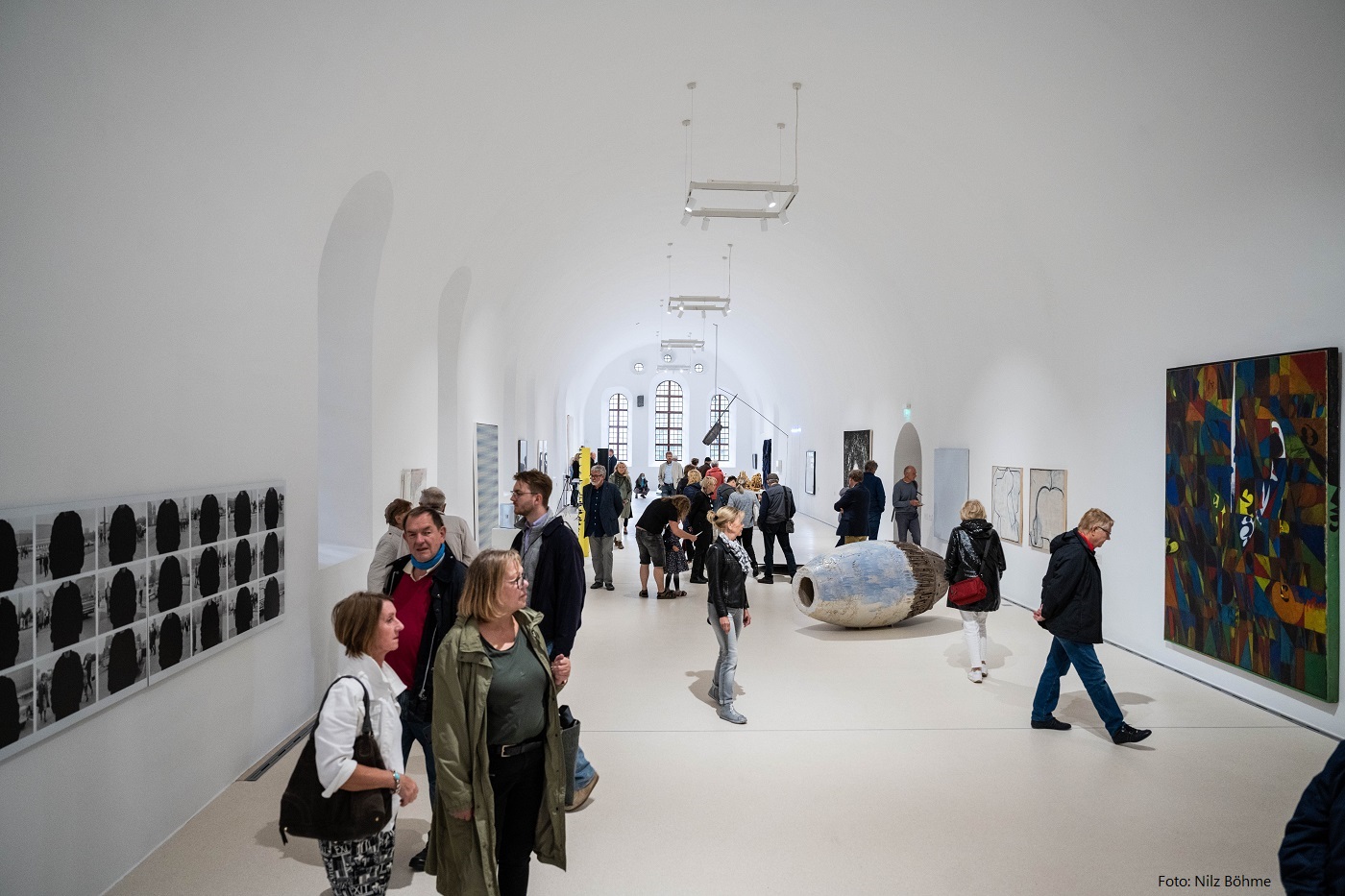 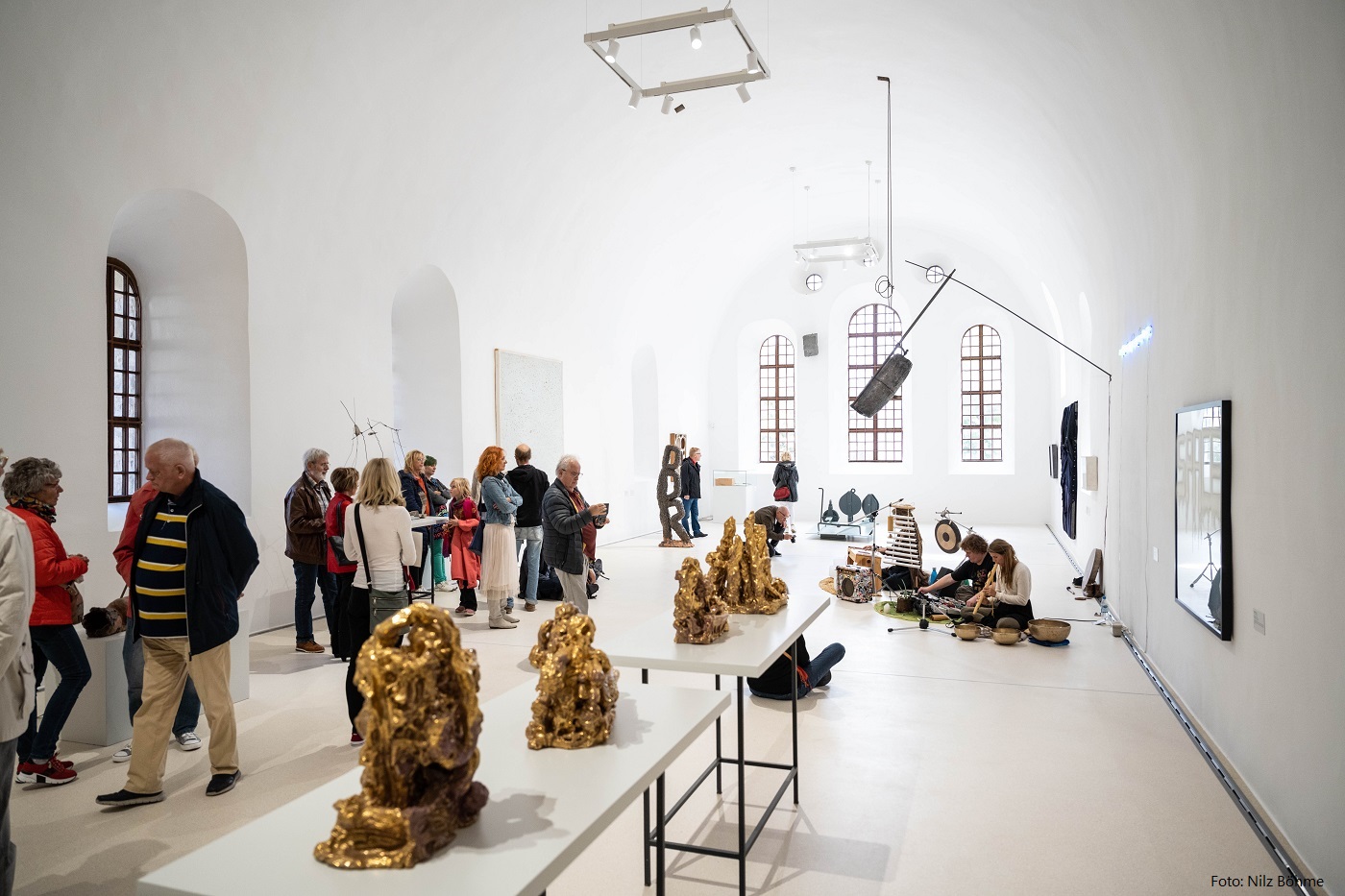 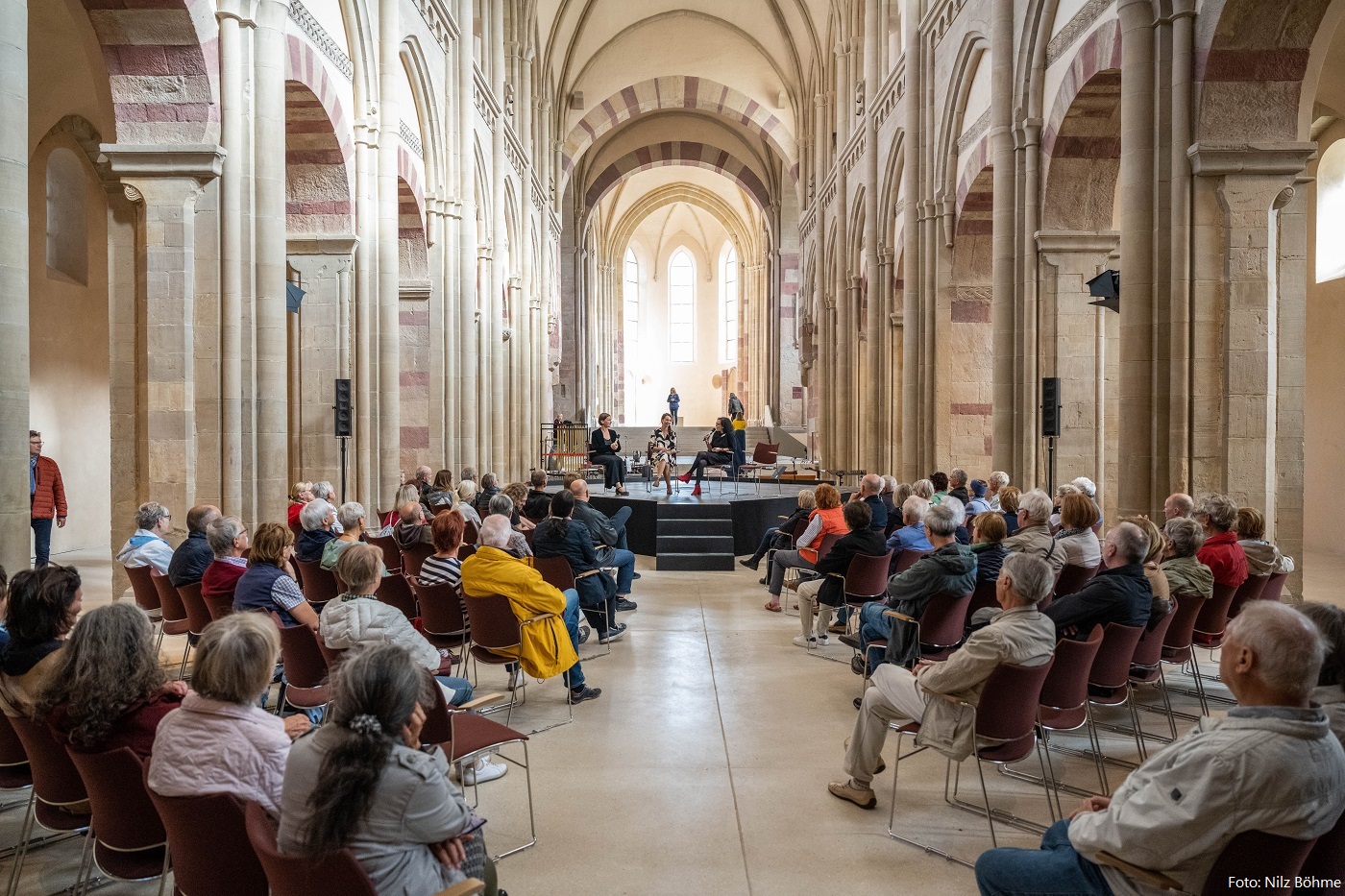 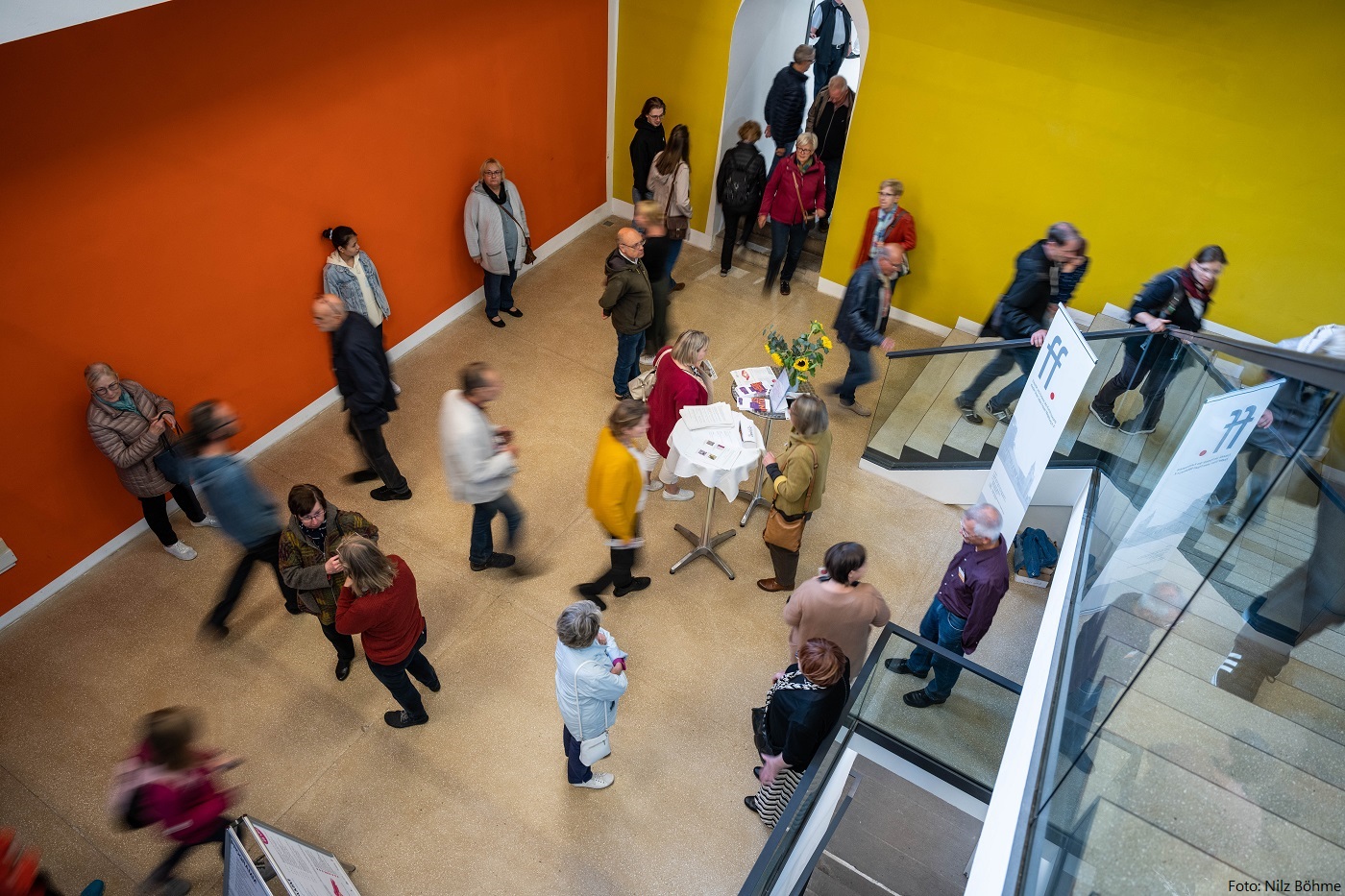 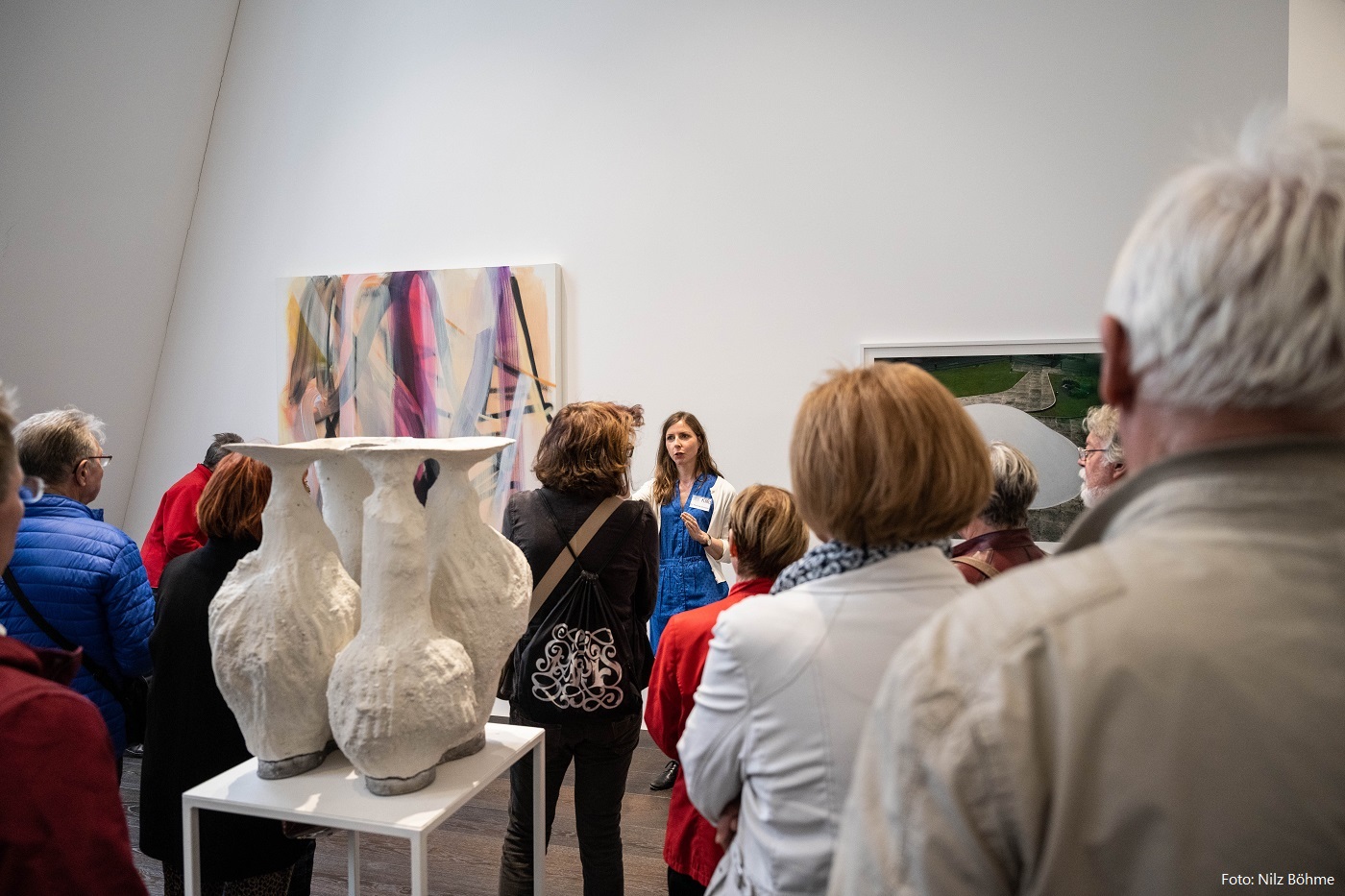 Opening of the north wing and church

The Kunstmuseum Magdeburg celebrated the opening of the new exhibition room in the north wing and the renovated monastery church with a big party for everyone on Saturday, September 17, 2022.

The celebrations surrounding the structural changes began with a ceremony on Friday, September 16th. A special event on this day was the world premiere of the music theater piece "Mechthild - A Mystery Play" in the monastery church. The production of the Magdeburg mystic Mechthild was the prelude to renewed musical collaboration between the Gesellschaftshaus and the Kunstmuseum.

With music, dance, discussions, readings and guided tours, we celebrated an opening festival for art and architecture on Saturday, September 17: With the expansion of the top floor, the permanent exhibition area in the north wing has been expanded by a fourth floor and with it the chronological tour of the collection of the museum. In the light-flooded new rooms, primarily works of art of recent origin are shown, including works by Liliane Tomasko, Sven Johne and Alicia Paz.

After a two-year construction phase, the monastery church is also accessible again. There the ribbed vault was rebuilt in the choir apse. Destroyed by bombs in the Second World War, a flat wooden beam ceiling was installed at this point. The refurbishment, which has since been completed, offered the chance to do something that is seldom done today: to rebuild a vault and thus give the church back its Gothic ceiling construction. Together with the window shapes and wall templates in the choir from that time, the design quality of the time around 1240 can now be experienced again.